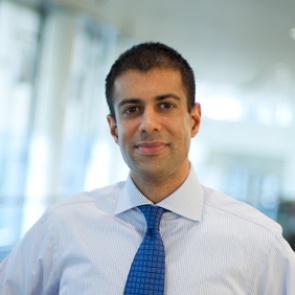 “I found the really hard knots were on the social science side. I’ve found wrestling with questions in social science to be much more fascinating than hard science because there are no right answers.”

“Having practitioners to engage with is really valuable. It’s something really special about MIT.”

Vipin Narang made the transition from chemical engineering to security studies for an unconventional reason: the challenge. “I found the really hard knots were on the social science side,” says Narang, associate professor of political science at MIT. “I’ve found wrestling with questions in social science to be much more fascinating than hard science because there are no right answers.”

At MIT, Narang focuses on security studies, with a specific focus on nuclear proliferation, as well as South Asian security. What draws him to MIT is its long tradition of focusing on social science problems with real world applications, such as the problems tackled by MIT’s Security Studies Program. “MIT’s political science program has a dedicated security studies program that brings together faculty, graduate students, and military fellows,” says Narang. “Having practitioners to engage with is really valuable. It’s something really special about MIT.”

Narang first dabbled in the social sciences as an undergraduate studying chemical engineering at Stanford. He wrote his honors thesis on India’s chemical weapons program. The social science side of technology gripped him immediately.

He went on to win a Marshall Scholarship to fund two years studying international relations at Oxford University. After that, he attended Harvard University, where he completed his doctoral degree in government in 2010.


Pursue What Drives You

Narang went ahead with his idea anyway. He advises his students today to do the same. “Fads come and go, but you should focus on what drives you,” says Narang, whose thesis was awarded the Edward M. Chase prize, given to the best Harvard dissertation related to promoting world peace.

In his research, Narang identified a gap in the study of nuclear weapons strategy. “We have a lot of work on Cold War nuclear strategy, but the massive Soviet and U.S. nuclear weapons architectures are unlikely to be repeated,” he says. “Going forward, all the emerging nuclear powers will by definition be regional powers, not super powers. Understanding what motivates and drives these states and their conflict behavior is of critical practical importance.”

Narang’s doctoral thesis (part of which was published in International Security in 2010) as well as his recent book, Nuclear Strategy in the Modern Era (Princeton University Press, 2015), propose a shift from binary thinking about whether or not a nation has nuclear weapons to a more nuanced look at what happens after a state gains nuclear weapons capabilities. “If we can convince a state not to acquire nuclear weapons, that’s great,” he says. “But I take the realistic view that that’s not always going to be the case.”

By studying the experiences of regional nuclear powers, Narang created a model for understanding how states use their weapons capabilities to influence international relations. He developed indicators that help classify states into three different strategic nuclear postures, from the least aggressive to the most.

South Africa, for example, adopted a Catalytic posture by having nuclear weapons capabilities but not making them a pervasive part of military operations or policy negotiations. On the opposite side of the spectrum, Pakistan selected an Asymmetric Escalation, or first-use, posture, in which nuclear weapons are at the ready to deter Indian conventional attacks.

Problems Still to be Solved

Because Narang’s additional regional focus is on South Asia, he studied India and Pakistan extensively and spent a significant amount of time in India doing fieldwork to determine its posture, which falls in the middle, that of Assured Retaliation. “We don’t worry about the security of Indian nuclear weapons as much because it’s posture is largely restrained,” says Narang.

Meanwhile, over the past five years the general interest in nuclear weapons studies has seen a revival and, with the challenges posed by North Korea and Iran, the subject is at the forefront of the minds of military and policy practitioners. “The problems of nuclear weapons are not going away,” says Narang. “They’re getting worse.”