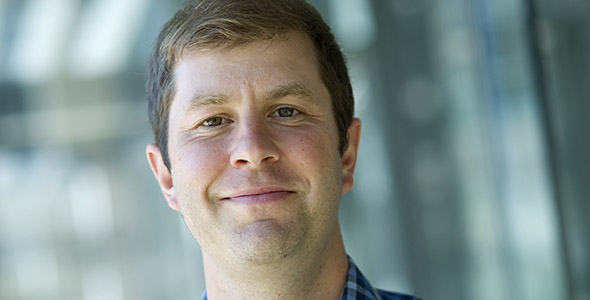 "There are no easy solutions to polarization, but one possible way to ameliorate it is to make political parties stronger. One of the ironies of contemporary American politics is that partisanship is strong, but parties are, in important respects, weak."

Over the past 20 years, the partisan divide in the United States has grown and solidified. Drawing on your research into the history of politics in America, what do you think accounts for this phenomenon? What recommendations would you make to help the country bridge its partisan divide, and what might our political system look like in that ideal world?

Partisan polarization is one of most important political developments of the past half-century. Of course, Democrats and Republicans (and other parties before them) have always taken divergent positions on issues ranging from slavery to infrastructure spending. Indeed, the mid-20th century — the reference point for many studies of polarization — was a period of unusually muted party divisions, and the increase in polarization over subsequent decades was in some sense a return to historical norms. Nevertheless, contemporary polarization does differ from that of earlier eras, if only because the U.S. government directly shapes the lives of so many more people, in the United States and around the world.

Partisan polarization has been especially salient among politicians, activists, and other political elites. Since the 1970s, for example, voting patterns in Congress have become increasingly homogeneous within each party and increasingly dissimilar across them, to the point where today nearly every Republican member is more conservative than every Democrat. Over the same period, congressional committees — once sites of bipartisan collaboration — have been supplanted by party leaders, who now exert great influence over the drafting and flow of legislation in Congress.

Partisan differences have grown in the wider society as well.

Citizens’ attitudes have become more consistent across issue domains and more closely aligned with their partisanship. As a result, citizens who identify as Democrats are now much more consistently liberal across issues than they were in, say, 1960, and the reverse is true of Republicans. The widening issue-based divide between the parties has been accompanied by an increase in “affective” polarization — differences in how citizens feel about the parties. Importantly, affective polarization has been driven by evaluations of the opposing party: Citizens like their own party as much as they ever have, but they dislike the other party more intensely than they once did.

The general consensus in political science is that the polarization of political elites preceded — and largely caused — mass polarization.

For the most part, however, the key actors pushing polarization were not government office-holders but rather issue-motivated activists and interest groups. Take, for example, the issue of civil rights for African Americans. Between the 1930s and early 1960s, Democratic and Republican presidents and Congress members were not polarized over civil rights, not least because the white South was still overwhelmingly Democratic.

Outside the South, however, blacks, unions, and other liberal groups attracted to the Democratic Party for its positions on economic issues began pushing the party for more action on civil rights. At the same time, right-wing activists within the Republican Party began looking at conservative white Southerners as ripe targets for partisan conversion. These intraparty struggles culminated in 1964, when the Democratic and Republican presidential nominees finally staked out divergent positions on civil rights.

"In my view, any solution to the problem of polarization must involve restoring the legitimacy of parties and trust in party elites, without which bipartisan cooperation to solve collective problems will be very difficult to achieve."

This elite-level polarization in turn triggered a mass-level reaction, as many Americans responded by bringing either their partisanship or their issue positions in line with the newly clarified positions of the two parties. The mass-level realignment on civil rights in turn reinforced elite polarization as, for example, newly enfranchised Southern blacks became Democrats while conservative whites became Republicans, polarizing the parties’ primary electorates and thus the nominees they selected.

The first is the partisan realignment of the white South, whose former position as a cornerstone of the Democratic coalition was the most important source of ideological incoherence in the American party system. The second is the increased importance of issue-oriented activists, who have largely supplanted an older type of party worker motivated more by patronage than by policy. This transition is part of a broader transformation in American politics away from a distributive and transactional style of politics and toward a more principled and ideological one.

Third, the critical role of presidential positioning in the civil rights realignment illustrates the nationalization of American politics since the mid-20th century. As interest and engagement in state and local politics has declined, so too has candidates’ ability to project (and be rewarded for) an ideological “brand” distinct from that of the national party. As a result, it is now much rarer for Democrats to represent conservative constituencies or Republicans to represent liberal ones, leaving few officials with strong incentives to adopt positions contrary to the party line.

Polarization is often bemoaned, but the midcentury heyday of depolarized politics was hardly an “ideal world.”

Commentators at the time routinely lamented the confused and deadlocked state of U.S. politics, and they looked longingly toward the disciplined, programmatic parties of countries such as the United Kingdom.

Notwithstanding the advantages of ideological clarity, however, contemporary partisan polarization clearly has negative consequences. In particular, the interaction between polarization and the fragmented institutional structure of the American state frequently results in legislative gridlock and unclear responsibility for policy outcomes. Affective polarization exacerbates this dysfunction by fostering resistance to compromise with the opposing party, which is likely to control at least one veto point in the lawmaking process.

There are no easy solutions to polarization, but one possible way to ameliorate it is to make political parties stronger.

One of the ironies of contemporary American politics is that partisanship is strong, but parties are, in important respects, weak. Once robust, multilevel organizations that stretched from neighborhood precincts to the halls of Congress, parties are now much more national in orientation and more focused on campaign donations than on broad and sustained grassroots participation.

Moreover, as evidenced by the recent success of insurgent outsiders such as Donald Trump and Bernie Sanders, parties lack legitimacy in the eyes of the public. As a result, many Americans do not trust partisan elites — even from their own party — to make decisions involving secrecy, restraint, or compromise with partisan opponents.

In my view, any solution to the problem of polarization must involve restoring the legitimacy of parties and trust in party elites, without which bipartisan cooperation to solve collective problems will be very difficult to achieve.

Story at MIT News
Why the “solid South” of midcentury U.S. politics was not so solid
Associate Professor Devin Caughey’s new book looks at a massive political shift that took place in a one-party region.