"My Life Is In Technicolor" — identity and global migration

A double major in aeronautics and astronautics and physics has won the second annual Isabelle de Courtivron Prize from the Center for Bilingual/Bicultural Studies (CB/BS) for his essay, “My Life Is in Technicolor.” The prize, named to honor French Studies Professor Emerita de Courtivron, recognizes “student writing on topics related to immigrant, diaspora, bicultural, bilingual, and/or multi-racial experiences.”

Prize committee members praised Adrian Jimenez-Galindo, ’15, for his “eloquent use of humor and personal narrative to speak of race relations in the United States.”

Kym Ragusa, a lecturer in Writing and Humanistic Studies and a co-director of the center, said this year’s “many stellar competition entries” included essays on hyphenated identities, second-generation experiences of family and community, and photography during the Vietnam War.

Eric Trac, ’13, received second prize for his essay, “Teardrops Don't Always Drip Down,” in which he describes his mother’s escape from communist Vietnam and her subsequent struggles to provide for her family in America. A double major in chemical-biological engineering and biology, Trac emphasizes that his intense efforts in high school and at MIT have not only been directed at attaining career and material success but also “bear a fundamentally different purpose—to vindicate [his] mother’s sacrifices.” 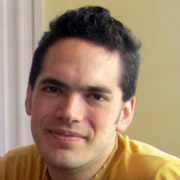 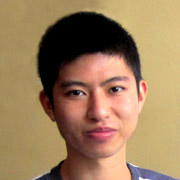 “MIT students are working on some of the most critical issues of our time...
and it’s critical that students are able to communicate with and learn from
the different populations with whom they will be working.”

We all drink coffee

Jimenez-Galindo’s essay centers on his multicultural background: his relatives hail from Cuba, Chile, Italy, the United States, Spain, and Mexico. He writes, “We are all family. We all drink coffee. It doesn’t really matter where you were born, where you are from, or what are you supposed to look like, as long as you are confident in who you are.”

Arundhati Banerjee, director of Global Initiatives and CB/BS co-director, called the piece, “A well-controlled narrative held together with the running metaphor of coffee.”

Most of the contest entries—including Trac’s—were originally crafted for classes in MIT's School of Humanities, Arts, and Social Sciences, which offers a rich array of academic subjects related to human diversity. These classes build skills critical to today’s global workforce, said Emma Teng, CB/BS co-director and the T.T. and Wei Fong Chao Professor of Asian Civilizations. "Isabelle de Courtivron has always thought that
our students, have an important new perspective
on issues of cultural identity today."

“It [has never been] more crucial for students to learn how to communicate across cultures, and to respect diverse cultural viewpoints,” said Teng. “More and more we are finding that ‘third culture kids,’ who have had experiences living in multiple cultures, have an edge over their monocultural and monolingual counterparts. Bicultural/bilingual perspectives can help you relate to complexity and ambiguity—also crucial for today’s world.”

Ragusa, who served as one of the judges for this year’s contest, concurred. “[MIT students] are working on some of the most critical issues of our time: climate change, access to fresh water, sustainable food solutions. These are things that affect us all, and it’s critical that students are able to communicate with and learn from the different populations with whom they will be working.”


Gaining broader perspectives on the world

A native of Mexico, Jimenez-Galindo said he was encouraged to enter the contest by A.C. Kemp, a lecturer in Foreign Languages and Literatures who taught his first humanities class at MIT, Expository Writing for Bilingual Students. Jimenez-Galindo said he wasn't initially planning to enter, because it’s hard to make time for extra work, but then found himself stranded in an airport and took the opportunity to sketch out a first draft on napkins. “I wasn’t expecting to win,” he said.

Noting that this term he is taking Cultural Pluralism in the Modern Middle East, Jimenez-Galindo said he values the humanities coursework at MIT for providing a different perspective from those offered in science and engineering classes. “Even though [humanities courses] are just as demanding, they make you think in a different way,” he said.

Trac, who wrote his winning essay for a class called Exploring Identity through Asian American Literature, agreed. “Taking humanities courses is a chance to sharpen abstract reasoning necessary to understanding important topics such as identity, politics, and the workings of society,” he said. “Humanities courses at MIT provide a necessary and complementary balance to technical coursework.”

Both winners were awarded cash prizes for their work and will be honored at a luncheon with the prize judges on April 13. This year’s Isabelle de Courtivron Prize Selection Committee members were Ragusa; Kemp; Banerjee; and Chuong-Dai Vo, Mellon Postdoctoral Fellow in Foreign Languages and Literatures.

A co-founder of the center and former head of the Foreign Languages and Literatures Section, de Courtivron retired in 2010. “Isabelle has always been firmly convinced that our students, so many of whom have bicultural and/or bilingual backgrounds, have an important new perspective on issues of cultural identity today,” said Emma J. Teng, the T.T. and Wei Fong Chao Professor of Asian Civilizations and a co-director of the center. “There was no more fitting way to pay tribute to her years of service at MIT than to found a student prize.”