THE HUMAN FACTOR
Solving the political, cultural, and economic dimensions of global issues 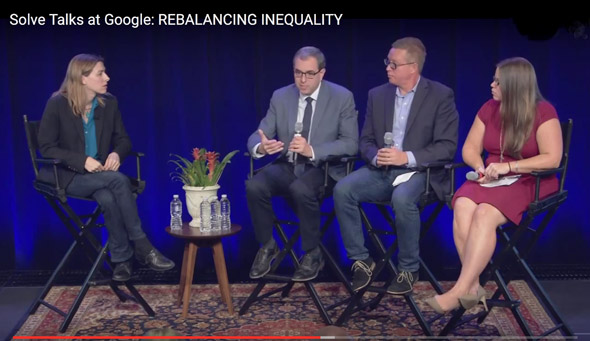 Is there anything we can actually do about growing inequality in the U.S?
(Yes.)


Watch Video
Two MIT scholars and the director of Skillworks, explain how we got here, and what real solutions might look like. This talk took place on September 28, 2015


EQUALITY AND EDUCATION
Education really does reduce inequality | David Autor
This article cites MIT economist David Autor, whose research indicates that an increase in wages for the top 1% between 1980 and 2005, if divided among the bottom 99%, would provide each household about $7,000 in additional income.
Article at the Wall Street Journal


INVESTING IN CITIZENS IS THE BEST POLICY
Q&A | U.S. inequality issues among the “99 percent”
In an article in Science, MIT economist David Autor moves the U.S. inequality discussion beyond the 1% vs. 99% comparison. In the long run, he says, "the best policies we have to combat inequality involve investing in our citizenry. Higher education, and public education, is America’s best idea. Those investments also include preschool, good primary and secondary schools, and adequate nutrition and health care."
Story by Peter Dizikes at MIT News


AMERICAN JOBS
The American worker | David Autor
In 1979, middle-skill jobs accounted for 57 percent of the jobs in the U.S. economy, according to calculations by David Autor, an economist at the Massachusetts Institute of Technology. By 2009, the share was down to 46 percent.
Story at the Washington Post | Autor webpage


INCOME INEQUALITY
What can be done about income inequality? | Robert Solow
Redistributing income with taxes and transfers is largely failing to close the income gap. Perhaps it’s time to try a corporate approach.
Story at the New York Times


THE FUTURE OF WORK
Keep calm, robots aren’t about to take your job  | David Autor
This WSJ article profiles MIT economist David Autor’s research on automation and employment, finding that American workers have little to fear from advances in current technology.
Story at Wall Street Journal


ECONOMICS AND THE AMERICAN MIDDLE CLASS
On the state of the American dream | Solow
This U.S. News article on inequality and middle-class stagnation quotes MIT economist Robert Solow, who says, “evidence of the importance of the digital revolution is everywhere except in the productivity numbers.”
Story at US News


SOLVING INEQUALITY
Ten Ways to Get Serious About Rising Inequality | Peter Diamond, Emmanual Saez
From point 4 of 10: "In a 2011 paper that sparked an interesting debate, Peter Diamond, Professor of Economics emeritus, and Emmanuel Saez of Berkeley [MIT PhD in Economics '99] argued that, based on the costs and benefits to society as a whole, [the top tax rate] should be set at seventy-three per cent—a bit below the level in the nineteen-fifties, but well above today's rate."
Article in The New Yorker


GRAPPLING WITH TECHNOLOGICAL CHANGE
Technology, Jobs, and the Middle Class  | David Autor and David Dorn
"Computerization is not reducing the quantity of jobs, but rather degrading the quality of jobs for a significant subset of workers....This bifurcation of job opportunities has contributed to the historic rise in income inequality. The good news is that middle-wage jobs are not slated to disappear completely.... How can we help workers ride the wave of technological change rather than be swamped by it?"
Commentary in the New York Times


THE IMPORT OF IMPORTS
When giants slow down | Acemoglu, Autor, Price
The most dramatic, and disruptive, period of emerging-market growth the world has ever seen is coming to its close. MIT's Daron Acemoglu, David Autor, Brendan Price, and others argue that the sag in employment growth in America in the 2000s is traceable in large part to the country's unreciprocated taste for Chinese imports.
Story 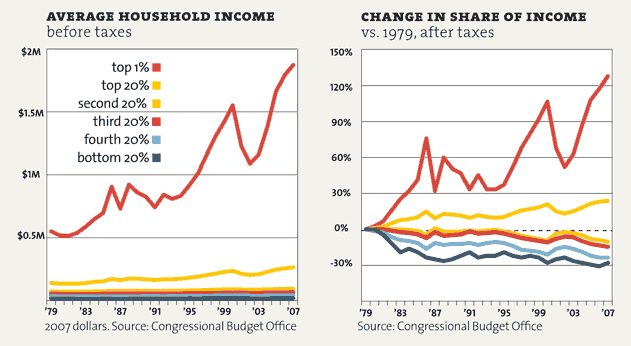