Bridging the gap between citizens and scientists 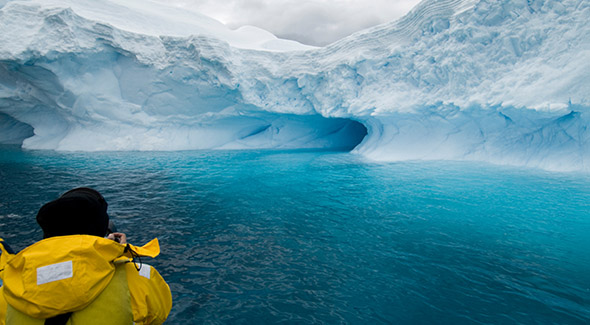 The need for men and women who can engage the wider public with science and technology has never been greater. Graduates of MIT's master's program, founded in 2002, have already earned some of the top awards in journalism, including the Pulitzer Prize.

GPSW Alumni
All graduates and their current positions


Known worldwide as a center of leading science and engineering research, MIT also boasts an influential program whose graduates advance scientific knowledge in another way — as science writers working for a broad spectrum of news outlets, from the online Atlas Obscura to National Geographic and The Washington Post.

Graduates of the one-year master's program, founded in 2002, have already earned some of the top awards in journalism — up to and including the Pulitzer Prize.

GPSW graduate Lisa Song '09 was on the team at Inside Climate News, a web-based nonprofit covering energy and environmental science, that won the 2013 Pulitzer Prize for National Reporting for its seven-month investigation of a million-gallon tar sands oil spill in the Kalamazoo River. Song was also on a reporting team named a finalist for the 2016 Pulitzer Prize for Public Service. Today she writes for ProPublica, an nonprofit newsroom that produces investigative journalism.

Phil McKenna SM ’07, who has written for Smithsonian and National Geographic, won the 2013 AAAS Kavli Science Journalism Award and the 2014 NASW Science in Society Award for a feature written for the online magazine Matter on gas leaks under US cities. “These are the kind of investigative stories that might be key to changing policy,” McKenna says.

“These are the kind of investigative stories that might be key to changing policy.”  — Phil McKenna SM ’07

"Lisa Song '09 was on the team at Inside Climate News that won the 2013 Pulitzer Prize for National Reporting for its seven-month investigation of a million-gallon tar sands oil spill in the Kalamazoo River."

As a group, MIT's GPSW graduates demonstrate that it’s possible to flourish in journalism despite the current turmoil in the industry. “Virtually every metropolitan daily newspaper has eliminated its dedicated science section, which means a loss of many staff jobs,” says Mnookin, director of the program and Ford Career Development Associate Professor in Comparative Media Studies/Writing.

Yet even as traditional journalism platforms collapse, Mnookin says “we are seeing the creation of new outlets that are doing incredible work and that fill a void.” These include not-for-profit websites and subscription models for old and new publications. Here, many of the GPSW graduates find positions where they thrive producing works that shine light on the exciting, complex, and challenging issues that emerge at the forefront of science and technology.

“People are reading/watching/consuming more than ever before,” says Carolyn Johnson SM ’04, former lead science writer for The Boston Globe who now covers health care issues and policy for The Washington Post. “The value of explaining things about how the world works remains despite the uncertainty about the future."

Buzzfeed reporter Zahra Hirji SM ’13 agrees. That's one reason she made switched to science writing from geology, her undergraduate major at Brown University. Hirji realized during a summer internship tracking lava flows that she would rather write about earth science than conduct scientific research in a lab.

When she determined to make a career in science journalism, she chose GPSW because of its support for long-form writing. “I had a story kicking around in my head tied to the risk of a future volcanic eruption and its impact on Hawaii,” she says. “I knew I’d need resources and editorial help for my story, and it was obvious MIT’s program was the one.”

With instruction from such GPSW professors as Marcia Bartusiak, a physicist and journalist, Hirji learned how to research and dig deep into her topic: “Sinking my teeth into different areas, my writing dramatically improved,” she says. With the program’s assistance, she visited Hawaiian archives so she could re-construct what happened in a 1984 volcanic eruption.

MIT Science Writing graduates publish in more places that we can count, but the above publications are a small sampling of places where you can see their work.

A passion for the facts, the truth, and illuminating stories

The passion for relating important stories is central to the program, Mnookin says. “I tell all our students that unless you’re in love with journalism, it’s not something you should do." For those who do love the field, GPSW is a special place, graduates say, one that provides them with both the means and the methods to expand public understanding of science, technology, and medicine.

“It was like the Camelot of science writing, where you could work one-on-one with top people in the field, which was both amazing and terrifying,” McKenna says. “There were so many opportunities in and out of the classroom; it was drinking from the proverbial MIT fire hose."

McKenna’s initial journalistic interest was conservation biology, from condor rehabilitation to whooping crane migration. But at GPSW, he says, “I was pressed to write outside my comfort zone and to learn about fields like physics and astronomy, so I could write on a range of topics.”

For her part, Johnson credits the program's supportive faculty with kick-starting her successful writing career. She joined The Boston Globe soon after graduating, became the newspaper's lead science writer in 2008, and launched the paper’s "Science in Mind" blog in November 2012. “I had never even done an interview prior to the program,” she says.

Similarly, Cara Giaimo SM '15, a staff writer for the online Atlas Obscura, says, “"I came in without a lot of newswriting experience, and with only a cursory understanding of the contemporary media landscape. But over the course of the program, I learned what I had to do to understand a topic, write a story, and build my career as a writer.”

“Over the course of the program, I learned what to do to understand a topic, write a story, and build my career as a writer." — Cara Giaimo SM '15, Atlas Obscura

With a background in field biology, Giaimo wrote her MIT thesis about two members of the urban wildlife in Austin, Texas — a bat population the public rallied around, and a salamander species that was less beloved. Today, she produces three pieces each week for Atlas Obscura, often exploring the theme of human impact on nature.

She's also learning on the job about the business of a media startup with investors and advertisers — broadening her skills in a way Mnookin says is key to succeeding as a journalist today.

“We emphasize students’ ability to work as independent operators, creating viable employment not through one but a handful of different employers,” he says. “We’d love it if they were entrepreneurial and started their own outlets.”

All the tools and skills for viable careers

GPSW works hard to make a journalism career viable for its students, he notes. “We view finding ways to support our students financially as a moral issue.”

Beyond providing rigorous training, professional contacts, and placement opportunities, the program has been revamping its curriculum and bringing on faculty to teach data analysis, and skills for generating websites, podcasts, and videos — ensuring graduates have every tool they need for a successful career path.

This support has been critical for Hirji, who got assistance from GPSW to land an internship at ICN the summer after graduation. She began at ICN by “helping out with the website, social media, and business things.” Today, she reports news and contributes to investigative pieces, including articles on dangerous pollutants in fracking waste streams, and on the history of ExxonMobil’s company research on climate change.

“Reporting can change the world,” she says.

GPSW News
Interviews with alumni and news about current projects

GPSW Alumni
All graduates and their current positions

News Archive: 3Q with Seth Mnookin on the impact of science writing