An AI pioneer, and the researcher bringing humanity to AI
The conscience of AI 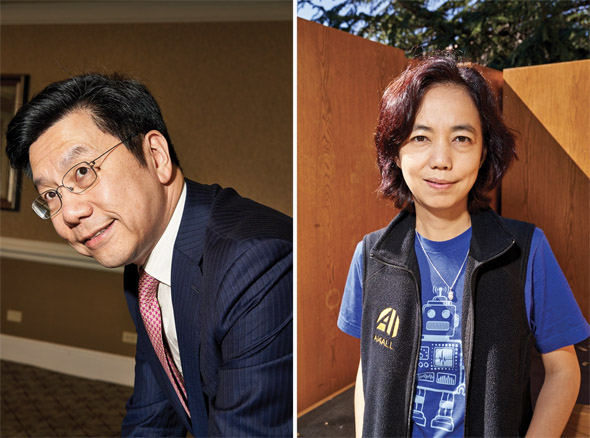 I think of her as the conscience of AI. Most AI researchers are nerdy. They want to write papers, show results, and then go back to their labs. Very few would stand up and call for things that are important for the future of humankind. It is refreshing. She has a big heart.

In 1990, Kai-Fu Lee packed his bags and left Carnegie Mellon University, where he had been teaching artificial intelligence and speech recognition. He headed west to his first Silicon Valley job, running a new group trying to build speech interface technologies at Apple. Eight years later, Lee was hired by Microsoft with a specific mission: to go to China, start a research group, and develop a technology hub—and talent.

Today, China’s prowess in artificial intelligence can trace many of its roots back to that research group. (Among the people Lee hired are the current president of Baidu, the chair for technology at Alibaba, and Microsoft’s head of AI and research.) In a now infamous move, Lee left Microsoft and—after prevailing against the company when it sued him for violating a noncompete agreement—went to Google in 2005 to lead Google China.

FAQ on the MIT College of Computing

MIT reshapes itself for the future

The World of AI