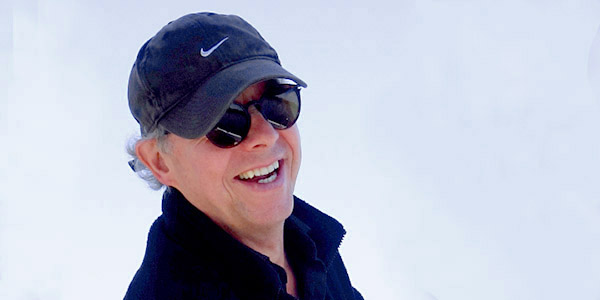 "Given our research and practice focus, the CMS perspective can be key for understanding the implications of computation for knowledge and representation, as well as computation’s relationship to the critical process of how knowledge works in culture — the way it is formed, shared, and validated."

William Uricchio is a professor in Comparative Media Studies/Writing at MIT, where he is a principal investigator in both the Open Documentary Lab and the Co-Creation Studio. He is also a professor of comparative media history at Utrecht University in the Netherlands. His scholarly research centers on the interplay of media technologies and cultural practices in relation to the (re-)construction of representation, knowledge, and publics.

Q: What are some examples of domain knowledge, perspectives, and methods from comparative media studies that should be integrated into the research and curriculum of the Schwarzman College of Computing (SCC) and why?

Media — an aggregation of technologies, signifying systems, and social practices — are fundamental to the process of representation. They offer the means to articulate and share human experience, a process through which culture emerges. Comparative media studies (CMS), as the name suggests, reflects on this process by working across media constellations, comparing not just different media types, but assessing contexts — including historical and cultural situations, as well as contexts scaled from individual to global.

Why does this matter for the study of computing? First, the lessons learned from media can be extended to the practice of computation. Second, the two enterprises are deeply intertwined.

The translation of elements of everyday life into machine-readable information shares much in common with the process of media-making. Media scholars approach the production and use of representation from a critical vantage point vis-à-vis intermediating technologies and practices; this makes them particularly well-suited to scrutinizing the cultural operations of computers. They are also familiar with the transformation of the everyday into the proprietary — a practice that has been greatly accelerated by today’s data industries.

Media scholars have long debated the status of the word and image as interpretive “constructions” or as empirical “facts” — debates that extend easily to the realm of computation. And media scholars can scrutinize the process by which media and informational tools inevitably incorporate the knowledge systems and ethical biases of their producing culture, drawing on their understanding of the history of technology and of representation. 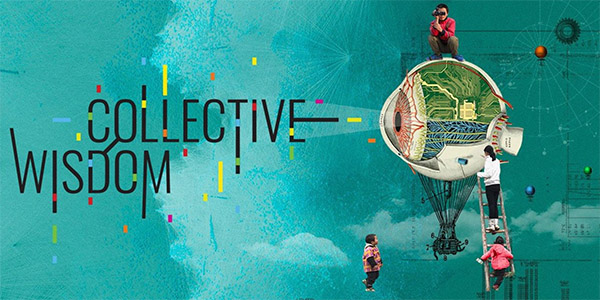 Collective Wisdom. a first-of-its-kind field study of the media industry, includes consideration of co-creation with artifical intelligence systems. By Katerina Cizek and William Uricchio, with co-authors.

Action
"Bring media scholars and computer researchers together to explore issues that require both areas of expertise: text-generating algorithms that force us to ask what it means to be human and how that relates to cultural production; the nature of computational gatekeepers that compel us to reflect on implicit cultural priorities; and personalized filters and texts that require us to consider the relevance of shared experiences and the shape of our own biases."

Computing is not simply a deterministic force acting on academic disciplines, society, and culture but exists in a complex situation of mutual influence, and this speaks to the deeply intertwined nature of both enterprises.

For example, while computing has certainly influenced gaming, gaming has also influenced computing — by motivating the development and deployment of graphic processing units, online distribution platforms, cross-platform development tools, and new social attitudes toward the computer as opponent, assistant, and arena.

Given this research and practice focus, the CMS perspective can be key for understanding the implications of computation for knowledge and representation, as well as computation’s relationship to the critical process of how knowledge works in culture — the way it is formed, shared, and validated.

Q: What are some of the meaningful opportunities that advanced computing has made possible in your field?  What are the potential challenges?

The integration of computation into everyday textual production is so basic as to be quotidian (it enables color correction, editing, and the very existence of image in digital film and video; the mixing and creation of elements in recorded sound; the word processing program used to craft this text; and more). And it has grown more creative, with companies such as Automated Insights “translating” data into millions of journalistic stories per year, and Narrative Science moving beyond data-based stories to generating creative prose and poetry.

These advances certainly present myriad opportunities, but they present concerns as well. As we know from Spotify with music, Amazon with books, and Netflix with films, computational recommendation systems increasingly curate our access to media. In these predictive systems where past is prologue, no “surprises” or “unwanted” encounters intrude — a condition that extends into the informational domain as well, where bias has been the subject of sharper critique.

Computation serves increasingly as a gatekeeper for textual production, displacing the embodied knowledge of established tastemakers. For example, Epagogix, a company that specializes in risk mitigation, has found a niche in advising investors in the film and television industry about the likely success and profit margins of a given project, with direct consequences for what is funded and not.

As evidenced by developments in virtual reality and interactive film, responsive and on-demand textual production is moving beyond its considerable development in the game world. Artificial intelligence systems create what seem like fixed texts, even though they are unique, real-time textual ensembles that respond to our navigational cues (including gesture, gaze, pupillary dilation, etc.).

These developments provoke questions that media and computer scholars can best pursue together: text-generating algorithms force us to ask what it means to be human and how that relates to cultural production; developments such as deepfake compel us to question the nature of media, representation, and reality; the explicit nature of computational gatekeepers compels us to reflect on our implicit cultural priorities; and personalized filters and texts require us to consider the relevance of shared experiences and the shape of our own biases.

CMS scholars contribute research and insight into the social uses of computing; its impacts and costs; and, more broadly, to the ways that humanistic fields can collaborate in the conception, design, and assessment of new and advanced technologies.

Collective Wisdom
Co-Creating Media within Communities, across Disciplines, and with Algorithms
By Katerina Cizek and William Uricchio, with co-authors

William Uricchio: On the Colonization of the Data-Imaginary in the Public Service Sector
TMG: Journal for Media History 21:2 (2018): 163-169

Assessing the Impact of AI on Society
by Lisa Parks, Professor of Comparative Media Studies

The Environment for Ethical Action
by T.L. Taylor, Professor of Comparative Media Studies