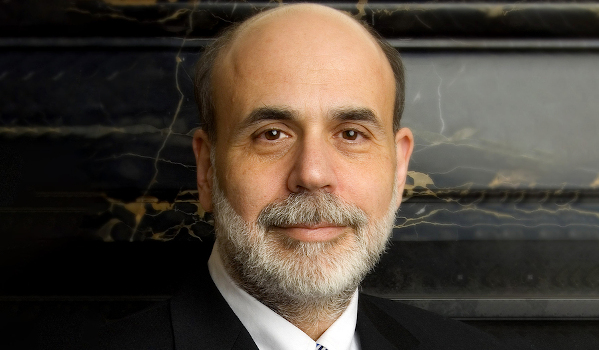 Photo via the U.S. Federal Reserve

ECONOMICS
Ben Bernanke PhD ’79 awarded a share of the Nobel Prize in economic sciences
Bernanke, who received his doctorate from MIT’s Department of Economics, has won the award along with Douglas W. Diamond, an economics professor at the University of Chicago Booth School of Business, and Philip H. Dybvig, an economics professor at the Olin School of Business at Washington University in Saint Louis. The Royal Swedish Academy of Sciences cited Bernanke’s work showing how, during the Great Depression of the 1930s, bank runs exacerbated the crisis by limiting the banking sector’s capacity to act. After many banks collapsed, the Nobel citation states, “valuable information about borrowers was lost and could not be recreated quickly. Society’s ability to channel savings to productive investments was thus severely diminished.”
Story at MIT News | The New York Times | The Washington Post
Announcement from the Royal Swedish Academy of Sciences

POLITICAL SCIENCE
PhD candidate Suyeol Yun among the inaugural winners of the MIT Prize for Open Data
The contest was established to highlight the value of open data at MIT and to encourage the next generation of researchers. Suyeol Yun won for his project "DeepWTO," a project creating open data for use in legal NLP (Natural Language Processing) research using cases from the World Trade Organization. See more at Suyeol's github repository, which includes all the data and codes that he used for this competition.
Announcement 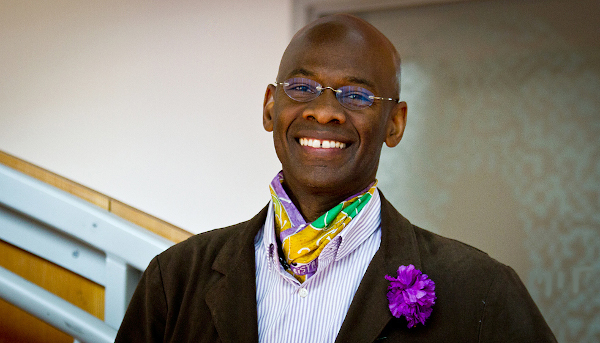 NEW YORK TIMES
As a Child in Haiti, I Was Taught to Despise My Language and Myself | Michel DeGraff
In an important guest essay for The New York Times, DeGraff writes about his personal experiences with linguistic inequality and the need for change: "Haiti cannot escape its impoverishment and its dangerous political instability unless all children have access to quality education. Countries whose school systems exclude students’ native languages correlate closely with those that have lower national development."
Commentary at The New York Times

INSIDE HIGHER ED
Internationalizing the Humanities | Wiebke Denecke
In an op-ed, Steven Mintz draws on Denecke's recent work which he states "deserves far greater attention than it has received": "Propelled by demography and economic and technological interconnectedness, the humanities need to forsake Eurocentrism and national insularity and adopt a more international, cross-cultural perspective that focuses on differences and similarities within and across cultures and regions."
Commentary at Inside Higher Education 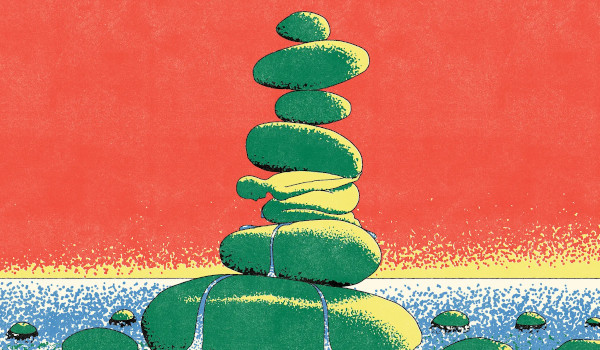 Detail: Illustration by M. Fatchurofi, via The New York Times

THE NEW YORK TIMES
Book Review: Life Is Hard by Kieran Setiya
A professor of philosophy at MIT, Setiya is neither stranger nor enemy to arcane scholarly investigations. But in this book, he searches for “a philosophy that can speak more intimately to life,” one that will address the struggles just about all people face.
Review at The New York Times

NAUTILUS
They Probed Quantum Entanglement While Everyone Shrugged | David Kaiser
Kaiser writes of the long-anticipated win by this year's recipients of the Nobel Prize in Chemistry. "[Alain Aspect, John Clauser, and Anton Zeilinger's] special recognition this week marks the tail end of a half-century journey. Driven by curiosity and skill—mixed with a bit of stubbornness—they dug in, did their best, and never lost sight of the long view."
Essay at Nautilus 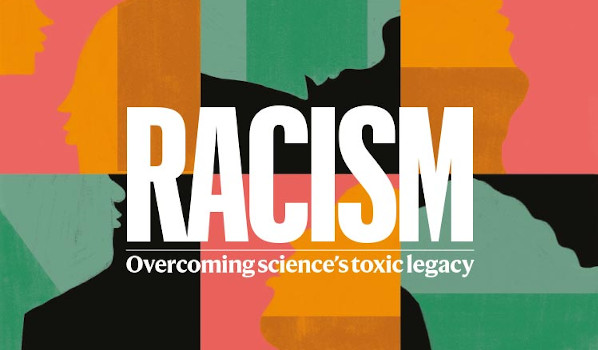 NATURE
Planetary geologist calls out racism in academia | Kendra Pierre-Louis
In a special issue of Nature guest edited by MIT Chancellor Melissa Nobles, Pierre-Louis profiles Martha Gilmore and her ongoing efforts to condemn racism in her field. "If I'm under-represented, then white folks are over-represented by definition. So what I'm going to ask you to do is think about, scientifically, why that's an issue."
Story at Nature

USA TODAY
Rats with human cells in their brains may help scientists understand autism and schizophrenia. | Karen Weintraub
Weintraub, who teaches science writing at MIT, reports on Stanford researcher Sergiu Pașca's research and why he believes his work will eventually help scientists learn more about the psychiatric conditions that plague more people worldwide than any other health issue.
Story at USA Today

HARPER'S
The first history of the most remote ocean | Lucy Jakub
Jakub '20 writes on everything from the effects of climate change to the history of exploration in the Antarctic in a transporting new essay.
Story at Harper's 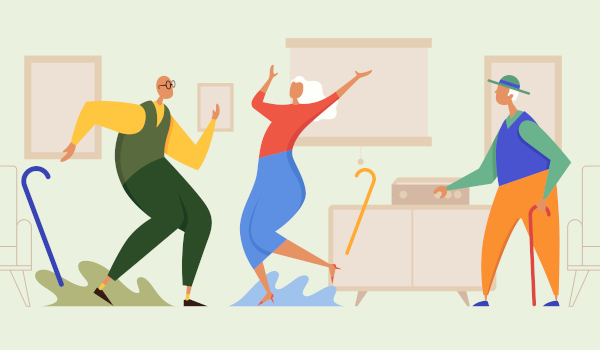 
FORBES
Want To Stay Out Of A Nursing Home? Live In Places With Immigrants | Kelsey Moran
“Given that the elderly report that they would prefer to avoid living in institutionalized settings, it is important to understand what may help them actualize their preferences,” write Moran and co-authors. “This study suggests that the supply of less‐educated immigrant labor affects caregiving arrangements, and allows more older Americans to age in the community.”
Story at Forbes

NPR
The majority of unforgiven PPP loans belong to one-person businesses | David Autor
NPR reports that there's "a nefarious reason" some loans remain unforgiven. "By the government's own admission, billions of dollars were lost to fraud. It went to fictitious companies." Autor comments on the likelihood of their repayment or recovery.
Conversation at NPR

WGBH
Strategy for Medicare open enrollment | Jonathan Gruber
Gruber discussed tactics on how to choose the best healthcare plan during open enrollment period at private companies and for Medicare. Gruber suggested paying close attention to the out of pocket spending limit within your plans.
Conversation at WGBH

KQED
Freakonomics | Daron Acemoglu
Host Stephen Dubner speaks with Acemoglu about new research that finds that bosses who went to business school pay their workers less. So what are MBA programs teaching — and should they stop?
Conversation on Freakonomics podcast 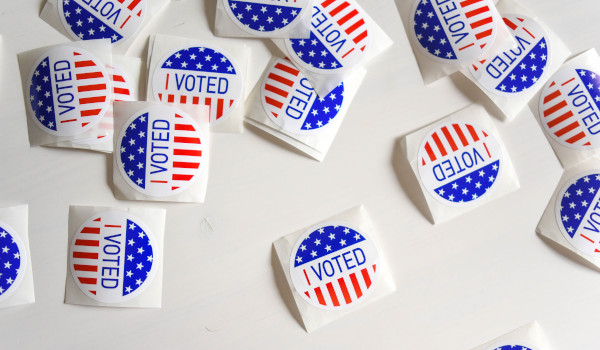 
THE ATLANTIC
How to Save Democracy | Adam Berinsky
The Strengthening Democracy Challenge found many ways to reduce partisan animosity. But intriguingly, it also found that doing so doesn’t necessarily cut into support for antidemocratic candidates or for partisan violence. . . . Starting from a crowdsourced list of some 250 proposals from across disciplines and outside the academy, researchers from Stanford, MIT, and a handful of other top-tier universities assessed 25 separate tactics.
Report at The Atlantic

THE NEW YORK TIMES
Republicans Want to Hand-Count Votes. Bad Idea, Experts Say. | Charles Stewart III
Audits, which are common, can confirm “whether the machine’s basically got it right,” said Stewart. The fewer ballots that workers have to review by hand, the more time and attention they can give each one. This level of diligence cannot realistically be replicated for every ballot in every race.
Story at The New York Times

WBUR
Local officials reject concerns about voter fraud | Charles Stewart III
Stewart agrees elections in the state are generally secure. He cites a number of reasons, including physical security features and audits....He added that bad people can always try to circumvent the system and get around the safeguards, but "it's hard to do that wholesale across the board."
Story at WBUR 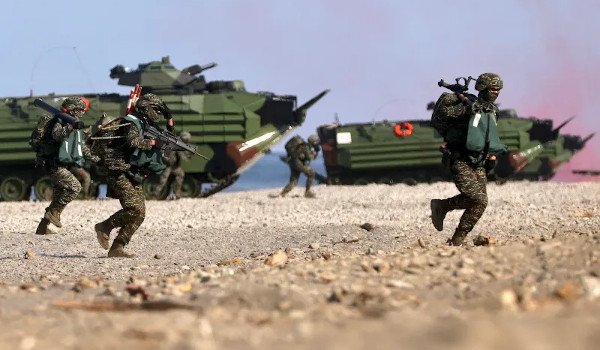 POLITICO
Xi’s 20th Party Congress victory bodes ill for U.S.-China relations | M. Taylor Fravel
“It was a puzzling statement… what [Blinken] seems to be saying is that the status quo across the strait has been shifting because of China’s actions toward Taiwan in the past few years,” said Fravel. “There are real risks of over-interpreting what he said, especially in light of other, more detailed assessments.”
Story at Politico

FOREIGN AFFAIRS
How to Avoid a War Over Taiwan | M. Taylor Fravel
Fravel and his co-authors write, "As tension rises between Beijing and Washington over Taiwan, strategists on all sides seem to have forgotten what the American game theorist Thomas Schelling taught years ago: deterring an adversary from taking a proscribed action requires a combination of credible threats and credible assurances."
Commentary at Foreign Affairs

REUTERS
What are the risks to Ukraine's nuclear reactors in war? | Kate Brown
"The basins of spent fuel are just big pools with uranium fuel rods in them they are really hot depending on how long they have been there," said Brown. "If fresh water is not put in, then the water will evaporate. Once the water evaporates, then the zirconium cladding will heat up and it can catch fire and then we have a bad situation."
Story at Reuters

BLOOMBERG
Xi Rewards Combat-Ready China Generals as Taiwan Tensions Rise | M. Taylor Fravel
The new leadership “underscores the importance of professional military expertise at the highest levels of PLA leadership and the importance of Taiwan for the PLA as it continues to modernize,” said Fravel.
Story at Bloomberg

WBUR
What we can learn, 60 years since the Cuban Missile Crisis | Jim Walsh
Walsh, a senior research associate at MIT's Security Studies Program, joins Here & Now guest host Celeste Headlee for a look back on those dangerous days and what we must learn from them.
Conversation at WBUR 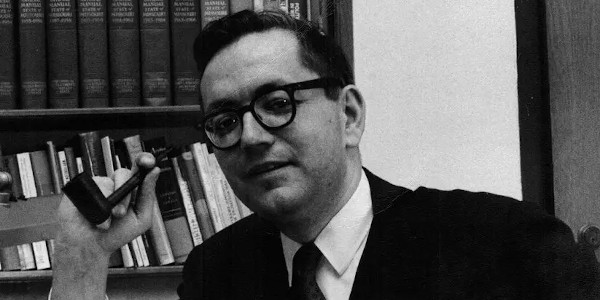 Burnham in an undated photo; image via The New York Times

THE NEW YORK TIMES
Walter Dean Burnham, Who Traced Political Parties’ Shifts, Dies at 92
Professor Burnham, who taught most recently at MIT and the University of Texas, Austin, suggested that realignments of political parties had occurred roughly every three to four decades since 1896. Burnham noted that political parties, for all their shortcomings, “are the only devices thus far invented which generate power on behalf of the many.”
Obituary at The New York Times

Here you will find all the online channels, newsletters, and publications produced by the School's 20+ departments, sections, programs, and centers. Look for current research, news, and commentaries from each of the MIT SHASS fields.
Visit the Publications Directory

Follow MIT Now
Updates on the return to campus