24.00x — the first introductory philosophy MOOC at an American university

Philosophy gives birth to the sciences

Philosophy has a tough job. Because it concerns itself with matters that don’t fit neatly into the concrete categories of modern science, one is often testing the outer limits of language and thought. But as Caspar Hare, associate professor of philosophy at MIT, makes convincingly clear, philosophy’s proper role has always been precisely to map those murky regions.

“Historically, philosophy is the mother of all academic disciplines," he says. "In ancient Greece, any attempt to understand the nature of existence counted as philosophy. But once a set of methods developed around solving these problems, you didn’t call it philosophy anymore — you had created a science. So philosophy gives birth to the sciences. Natural philosophers became physicists and chemists. Logicians became computer scientists, and so on.”

In this sense, philosophy remains focused on the big, unanswered questions that science has not already carved out for itself. But answering these questions can be difficult. We are all social creatures, influenced by the beliefs that surround us and the emotions that govern our inner lives. Without a guide or technique for pursuing the big questions, it’s quite easy to get lost or discouraged. Many consider such questions unanswerable and give up, or else they follow faith or instinct — all reasonable but ultimately ineffective techniques for arriving at the best possible answer.

Analytic philosophy provides the framework for answering the big questions, and on October 1, 2012, Hare will present the first introductory philosophy massive open online course (MOOC) offered by an American university, 24.00x Introduction to Philosophy: God, Knowledge and Consciousness. He will lead students through the fundamental questions that underlay our understanding of existence, while grounding them in the basic practices of analytical philosophy.

Hare is a strong advocate for the benefits of learning philosophy. Not only does it offer uncommon insights, but it also teaches important everyday thinking skills. “In this course, we’re focusing on a set of general questions where it’s not completely obvious how to go about answering them," says. "There’s no consensus on how to arrive at the right answers. Analytic philosophy gives you a way to think about these questions in a rigorous and organized way. In a very concrete sense, it teaches you life skills, because most of the problems you face in life do not have an instruction manual.” 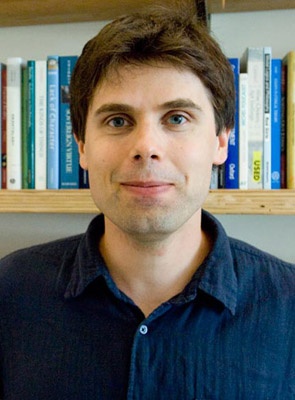 Video: Find out more about the course