WOMEN'S AND GENDER STUDIES | MLK VISTING PROFESSOR
Hashtag Activism named McGannon Center book of the year | Moya Bailey
The book "stands out for [how] explains the ways networks of black and brown people, women, and other historically subordinated groups have 'birthed and nourished counterpublics on social media' helped resist 'antidemocratic disinformation' and 'contested ideologies of domination in the U.S.'"
About the Award | Hashtag Activism

ECONOMICS AND J-PAL
Esther Duflo named chair of new French development innovation fund
France starts a Fund for Innovation in Development, chaired by Professor Duflo, to test and scale up solutions to poverty and inequality, a move its founders hope will transform the country’s approach to aid.
Announcement at Devex

MUSIC
"Faces of Souls" honored by New York Jazz Recording | Mark Harvey
The Aardvark Ensemble's latest CD, featuring new music by Harvey on themes of democracy, justice and equality, has been named a "Best of 2020."
Aardvark Jazz Orchestra | About the CD | Preview: Listen to "Sisyphus"

POLITICAL SCIENCE / SECURITY STUDIES PROGRAM
Kathleen Hicks '10 sworn in as Deputy Secretary of Defense
Hicks, an alumna of our Political Science/Security Studies Program, and a distinguished career civil servant is now the second highest ranking officer in the Department of Defense. During her confirmation hearing, Hicks said she looks forward to working "alongside women and men — civilian and military — who dedicate their lives to our national defense. They are my colleagues and friends, and I could not be prouder at the prospect of serving with them once more."
Story via Defense News

POLITICAL SCIENCE
In Song Kim receives the 2021 Levitan Prize
New project by the inventor of LobbyView.org will advance trade theory and the ability of citizens to influence public policy-making.
Announcement from SHASS Communications

ECONOMICS + MATHEMATICS
Committed to Caring Awards | Daron Acemoglu and Gigliola Staffilani
Institute Professor Daron Acemoglu, an economist — as well as Gigliola Staffilani, Professor of Mathematics — have received MIT's 2021 Committed to Caring awards. Student nominators say Acemoglu helps them learn to evaluate the strengths and weaknesses of their research, and that he demonstrates confidence that all students can “contribute meaningfully to the field.”
Story

ECONOMICS
Economist Stephen Morris elected to National Academy of Sciences
Morris, the Peter A. Diamond Professor in Economics, is joined by Dan Freedman, Robert Griffin, Larry Guth, and Gigliola Staffilani in election to the NAS, which is among the highest honors a scientist can achieve. An economic theorist, Morris has made important contributions to the foundations of game theory and mechanism design, as well as applications in macroeconomics, international economics, and finance. Congratulations to all!
Story

MIT SHASS
Six SHASS faculty awarded the 2021 James and Ruth Levitan Teaching Prize
Recipients of the School's Levitan Teaching Award are among the finest teachers at the Institute. These great educators, who are nominated by students themselves, represent the very best academic leadership in the School. 2021 recipients are: Eric Lin-Greenberg; Kenda Mutongi; Sara Ellison; Masami Ikeda-Lamm, and Maria Khotimsky.
Gallery of 2021 Recipients

ECONOMICS
Robert Townsend named a Distinguished Fellow of the AEA
Of Townsend, the Elizabeth & James Killian Professor of Economics, the AEA writes that he "has established himself as a preeminent development economist. His work in development economics is characterized by sensitivity to institutional detail, sophisticated use of appropriate economic theory, and careful empirical work."
Story

SCIENCE, TECHNOLOGY, AND SOCIETY
Robin Wolfe Scheffler receives Sydney Brenner Fellowship
The award is for research and travels related to Scheffler's history of biotechnology in a Boston book project by the Cold Spring Harbor Laboratory Library and Archives.
About

GLOBAL LANGUAGES
Jane Dunphy won the Irwin Sizer Award for the Most Significant Improvement to MIT Education
The Irwin Sizer Award is presented to any member or group in the Institute community to honor significant innovations and improvements to MIT education. The award is named in honor of Irwin W. Sizer, Dean of the Graduate School from 1967-1975.
About the award

ECONOMICS
Institute Professor Daron Acemoglu elected to the American Philosophical Society
The APS, the oldest learned society in the United States, was founded in 1743 by Benjamin Franklin for the purpose of “promoting useful knowledge.”
Newly elected members

GLOBAL LANGUAGES
Helena Belío-Apaolaza and Maria Khotimsky win Teaching with Digital Technology Award
The prestigious, student-nominated award is given to faculty and instructors who have used digital technology to improve teaching and learning for MIT. Khotimsky is a Senior Lecturer in Russian language.  Belío-Apaolaza is a lecturer in Spanish.
Story at Global Languages | Video 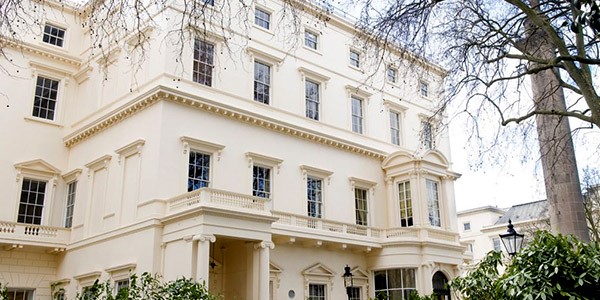 ECONOMICS
Institute Professor Daron Acemoglu elected to the British Academy Fellowship
Founded in 1902, the British Academy is the UK’s national academy for the humanities and social sciences. It is a Fellowship of over 1400 of the leading minds in these subjects, a funding body for research, and a forum for debate. Welcoming the Fellows, President Julia Black said that the "need for the SHAPE disciplines – the social sciences, humanities, and the arts has never been greater.”
Full list of new Fellows | Acemoglu webpage

Jim Poterba, Mitsui Professor of Economics, at MIT event with Madame Christine Lagarde, then Managing Director of the IMF

ECONOMICS
James Poterba named 2021 American Finance Association Fellow
Poterba, the Mitsui Professor of Economics at MIT, was selected as the 2021 Fellow of the American Finance Association (AFA), an honor that recognizes distinguished contributions to the field of finance. Poterba's wide-ranging research in financial economics has examined the influence of taxation on corporate dividend payments, the degree of mean reversion in the returns on common stocks, and the role of defined contribution plans in promoting retirement security.
Announcement at the AFA | Poterba webpage

ECONOMICS
Nancy L. Rose receives the Carolyn Shaw Bell Award
Rose (PhD ’85), the Charles P. Kindleberger Professor of Applied Economics, has received the Carolyn Shaw Bell Award from the American Economic Association’s Committee on the Status of Women in the Economics Profession. Reflecting on the prize, Rose says, "I’m proud of this award as it speaks to the long tradition MIT Economics has for promoting women. It’s been a great environment for me over my career, and a privilege to pass this along to future generations."
Story at MIT SHASS | Nancy Rose webpage

ANTHROPOLOGY
Amy Moran Thomas receives the Turner Prize for Traveling with Sugar
The Victor Turner Prize for Ethnographic Writing is given by the Society for Humanistic Anthropology for "graceful ethnographic writing which deeply explores its subject and contributes in innovative and engaging ways to ethnography and humanistic anthropology." Traveling with Sugar: Chronicle of a Global Epidemic (UCalPress, 2019) examines the havoc diabetes has caused in Belize and around the globe.
Turner Prize | About the book | Moran Thomas webpage

SCIENCE, TECHNOLOGY, AND SOCIETY
William Deringer wins 2021 Spengler Best Book Prize for Calculated Values
Awarding the annual prize, the History of Economics Society said of Calculated Values: "Exceptionally well written [the book] demonstrates that it was precisely because numbers were morally laden, highly personal, and frankly partisan, that calculation became an authoritative form of public reasoning. As Calculated Values formidably moves between intellectual, economic, political, and cultural history, it calls for a revival of a more heterogenous and straightforward politics of numbers."  A Spengler Prize for 2021 was also awarded to Calculation and Morality, by Caroline Oudin-Bastide and Philippe Steiner.
Award announcement | About the book | Deringer webpage | When numbers started counting

LINGUISTICS
Sabine Iatridou named the David W. Skinner Professor of Linguistics
A leading scholar, ambassador for linguistics, and sought-after teacher, Iatridou impresses her colleagues with her keen insight and intuition about the most intricate linguistic patterns and her masterful grasp of crosslinguistic generalizations and exceptions.
Story | Iatridou webpage

THE ECONOMIST
A real-world revolution in economics
"This year’s Nobel prize celebrates the “credibility revolution” that has transformed economics since the 1990s. Much of today's notable work is based on analysis of real-world data. Host Rachana Shanbhogue speaks to two of the winners, David Card and Joshua Angrist, and our Free Exchange columnist Ryan Avent explains the significance of their work on a range of questions the economics fields can address."
Video at The Economist

THE NEW YORK TIMES
The Nobel in economics goes to three who find experiments in real life.
Article explores the work of Professor Joshua Angrist, a recipient of the 2021 Nobel Prize in Economics, for his work developing “research tools that help economists use real-life situations to test big theories, like how additional education affects earnings.” Angrist and his fellow recipients David Card and Guido Imbens “ushered in a new phase in labor economics that has now reached all fields of the profession.”
Story at The New York Times

WGBH
MIT economist Jonathan Gruber on the Nobel award to colleague Joshua Angrist
Gruber highlighted the legacy and importance of the Nobel Memorial Prize in Economic Science and how Joshua Angrist’s work on “natural experiments” in the field, for which he received the Nobel Prize, has contributed to the rise in prominence of empirical economic research.
Commentary at WGBH

POLITICAL SCIENCE
Lily L. Tsai serves as the new Chair of the MIT Faculty
Tsai, Ford Professor of Political Science, succeeded Rick Danheiser as Chair of the Faculty on July 1, 2021. Joining Lily as faculty officers are Chris Schuh (Materials Science and Engineering) and Martha Gray (Electrical Engineering and Health Sciences and Technology) who will serve, respectively, as Associate Chair and Secretary of the Faculty.
Story in the MIT Faculty Newsletter

ECONOMICS
Darrell Gaskin SM '87 elected to the National Academy of Medicine for 2021
Gaskin, the Richardson Professor in Health Policy and Management at Johns Hopkins University, earned his degree from MIT Economics in 1987. A health economist who advances community, neighborhood, and market-level policies and programs that reduce health disparities, he is cited by the NAM “For his work as a leading health economist and health services researcher who has advanced fundamental understanding of the role of place as a driver in racial and ethnic health disparities.”
Story | Gaskin's webpage

ECONOMICS
Rebecca Blank PhD '83 to serve as the next president of Northwestern University
After earning her PhD in economics at MIT, Blank also taught in the Department of Economics for a year, later served in the U.S. Department of Commerce from 2009-2013, and is currently Chancellor of the University of Wisconsin-Madison.  She will assume the presidency of Northwestern in the summer of 2022.
Story at Forbes | Story at Times Higher Education

Welcome Event for Chancellor Melissa Nobles
“It was wonderful to catch up with so many members of our community at the celebration,” said Nobles, MIT's new Chancellor, Professor of Political Science, and former Dean of MIT SHASS, seen here greeting well-wishers.
Scene at MIT

“I am honored to be serving MIT in this new role, and I very much look forward to working alongside our amazing students and the wonderful teams throughout the Office of the Chancellor to educate the whole student and to deepen the meaning of an MIT education.”

HISTORY
Anne McCants elected VP of the Social Science History Association
Elected at the SSHA's recent annual meeting, McCants will also serve as the group's President in 2023. The SSHA is a crucial meeting ground for social scientists (quantitative and qualitative) who are interested in all things historical, broadly conceived. Professor Chris Cappazola, Head of MIT History writes: "Congratulations to Anne, and to carrying on a rich tradition of social science here at MIT."
Social Science History Association | Anne McCants

ECONOMICS
Daron Acemoglu joins the American Academy's Commission on Reimagining our Economy
The AAAS Committee will assess the last 50 years of economic policymaking and make recommendations to create an economy that best serves the needs of all people.
About the Project

POLITICAL SCIENCE
Andrew Miller wins the 2021 IASOC thesis award
Miller receives the award for his thesis "The Information Game: police-citizen cooperation in communities with criminal groups" from the International Association for the Study of Organized Crime. Upon learning of the honor, Miller thanked his thesis committee, Roger Petersen, Evan Lieberman, Fotini Christia, and Rich Nielsen. Learn about Miller's concept of "Risk Inflation" and how it is working in cities like Baltimore and Lagos.
About The Informaton Game