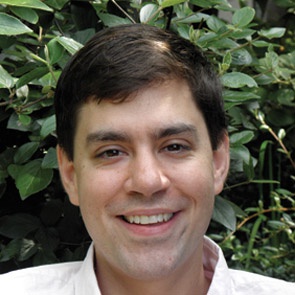 Combining theory with a deep knowledge of Arab culture, language and religion

Brian Haggerty little suspected last spring that he would soon find himself in the middle of a major U.S. foreign policy debate. A PhD candidate in the Department of Political Science, Haggerty wrote a paper for 17.482, Barry Posen’s course on U.S. military power, in which he examined the potential costs of U.S. air-based intervention in the Syrian civil war. Posen encouraged him to rework the paper and publish it quickly on the web. The response was swift: Haggerty’s study sparked international media coverage, and made its way into government policy discussions.

This kind of attention is one “virtue of policy-relevant work,” says Haggerty. “It’s rewarding, and in some sense affirms that what we do matters.” His study, “Safe Havens in Syria: Missions and Requirements for an Air Campaign,” puts precise numbers on a hypothetical operation by U.S. and other Western powers to take command of Syrian airspace for humanitarian purposes. Haggerty believes “people start debating these things and gloss over the challenges.... They shouldn’t advocate action because they think it’s easy, but because they think it’s the right policy, and accept that policy’s actual cost.”

This research, detailed and grounded in political science, is “exclusively a product of my time at MIT,” says Haggerty. Such courses as 17.482, one of the offerings in the MIT Political Science Department, placed Haggerty in direct contact with members of the military and the Pentagon, in seminars that served as briefings on policy, strategy, costs and outcomes. The program, says Haggerty, “believes strongly that academics should know something about military operations, in part so there can be a public audit of politicians’ foreign policy decisions.”

Haggerty dates his interest in the areas of Middle East security and international relations to 9/11, which coincided with his first days as a Harvard undergraduate. “My whole post-secondary education has gone on against the backdrop of the war on terror,” he says. “It’s hard not to be influenced by questions of U.S. relations with the Arab world and their consequences.”

He was “briefly seduced by electoral politics” during college, when he worked in the office of New Hampshire Governor John Lynch, and subsequently as spokesman on the governor’s re-election campaign. Haggerty envisioned working on staff for a Democratic contender in the 2008 presidential campaign, in large part because of “a deep skepticism toward President Bush’s foreign policy.” But he realized “it took a certain personality to succeed in that environment,” and questioned whether electoral politics was “the best fit” for him over the long term.

Then, an opportunity arose for Haggerty that was to launch him on his current track. Through his Harvard ties, he was invited to help start The Tobin Project, a research organization that brings scholars in the social sciences together with policy makers. He subsequently became program manager for the project’s initiative in national security, which brought him in touch with top policy experts from academia, and into the thick of discussions about U.S. foreign policy in the Middle East.

One contact at Tobin was particularly influential: Steven Simon, a National Security Council official, who had written about terrorism and radical Islam. Simon had attended the Harvard Divinity School, and in conversations with him, Haggerty came to believe that a deep understanding of the U.S. and its relations with Arab states required literacy in the religion of the region.

Deep study of the Arab world

In 2008, Haggerty entered the Harvard Divinity School to pursue a master’s in Islamic Studies, and with a continuing interest in the intersection of Middle Eastern and Western politics. He learned that “very few international relations scholars in the U.S. study the Arab world, which is strange given our involvement there,” and few Middle East area specialists focus on security issues. After two years of intensive coursework in the Arabic language and the study of Islam, Haggerty set his sights on a graduate degree in international relations that would build on his “deep knowledge of Arab culture, language, and religion” and give him a solid methodological foundation as well.

At MIT, Haggerty is zeroing in on a dissertation topic involving Middle East security and has been traveling widely, to Egypt, Jordan, Syria, Morocco, and Oman, for immersive study of language and regional security issues. Beyond the anticipated 2015 PhD lies an academic career devoted to “theoretically informed work on the Middle East,” and he hopes, continued opportunities “to contribute something unique to public discourse.”