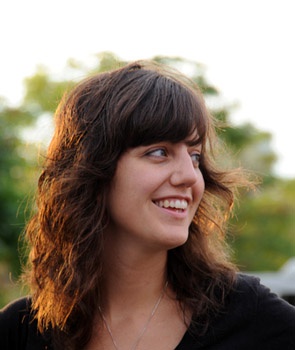 “I like being in a workshop group with people from other disciplines."

Hillary Kolos joined the Comparative Media Studies program at MIT to learn how to incorporate video games and other new media into education. Along the way she’s found her own education enhanced by two venerable classroom techniques: mentorship and group feedback.

Workshop for Dissertation Writers
Through the School-based Graduate Consortium in Women’s Studies (GCWS), Kolos has been participating in the Workshop for Dissertation Writers in Women’s and Gender Studies. Although Kolos is working on writing her master’s thesis, she was granted permission to join PhD students from Harvard, Brandeis, Northeastern and the University of Massachusetts at Amherst in the class.

Kolos is delighted. “I like the idea of being in a workshop group with people from other disciplines that have a gender and women’s studies focus, because I don’t have a ton of background in that,” Kolos says, noting that her classmates are studying history, political science, and sociology.

A Thesis on Video Gaming
Still in the early stages of formulating her thesis, Kolos is exploring the social dimensions of video gaming among women. She’s been interviewing and spending time with women who play  games on campus in an effort to discover what their motivations are for gaming, and whether there are any connections between gaming and the students’ interest in science and technology.

“I got really interested in why people play video games in college,” she says. “Is there something in the MIT environment that makes games more acceptable here?”

Perspective and Support
In addition to helping her keep her research on track, Kolos reports that the workshop provides her with valuable perspective on her topic. In CMS, she points out, “everybody knows about video games. This GCWS group asks those obvious, but key questions that you can forget when you’re in your own disciplinary bubble.”

About GCWS
Based at MIT, GCWS is a collaboration of feminist scholars from nine Boston-area institutions—including MIT—who are devoted to interdisciplinary graduate teaching and research. In addition to the dissertation workshop, GCWS offers a range of interdisciplinary classes that explore gender issues. This spring, for example, the consortium will offer Gender and Poverty in the United States; Screen Women: Body Narratives in Popular American Film; and Feminist Inquiry.