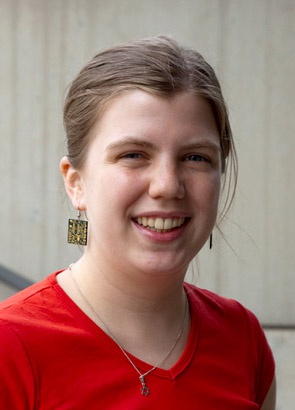 “Working with Technion’s lab groups and researchers in Haifa was invaluable for me.”

Miriam Madsen says she felt like a complete outsider when she first visited Haifa, in northern Israel. “I knew the Hebrew alphabet and little else. I couldn’t follow conversations or read basic signs. Even though most people speak English, something was missing for me.”

Madsen, known to her friends as “Mish,” describes that “something” as an “internal language,” a kind of compass that’s part culture and part emotion. A 2009 MIT graduate in electrical engineering and computer science, Madsen spent two summers in MISTI’s MIT-Israel program, working at Technion, the Israel Institute of Technology in Haifa.

Global Research Community
That experience helped her find her own place in the global research community and a home in the Technion community, too. “Student life there was wonderful, beautiful, laid-back, with festivals and Frisbee games. Students there aren’t so hosed or burdened as here,” she says.

Madsen’s research area is rehabilitative technology. She spent her MISTI internships working in an autism lab at Technion’s Faculty of Industrial Engineering and Management. There, her main project was developing a hand-held video computer that could help children with autism “read” the emotions of other people, an ability much compromised by their condition.

Technology for Autistic Children
“Basically, it’s a device that kids use to record peoples’ facial expressions. Then they study the videos they made to learn to identify specific emotions in others. I had a great opportunity to test the system on Technion students. I could get a sense of how it worked and how to make it accessible in other languages and other formats.

“Being able to translate words, and being specific about their meaning, is especially important for people with autism,” she says. “And being involved with different lab groups and different researchers was invaluable in making my research more interdisciplinary.”

Language Skills
Madsen expects to develop the system during a 2009-2010 master’s program at the MIT Media Lab’s Affective Computing Group, which focuses on autism technology. After that, it’s on to medical school.

Meanwhile, she keeps her first days in Haifa and her MISTI experiences in view. Recalling her own “outsider” feelings, Madsen runs weekly beginning and intermediate Hebrew classes through MIT Hillel, courses she calls “pre-MISTI classes, so people know how to navigate taxis and restaurants. I want others to feel at home and get involved right away.”