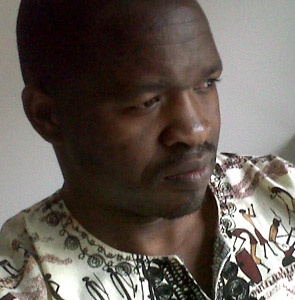 Growing up in small villages near Harare, Zimbabwe, Clapperton Mavhunga saw a world where all the manufactured things of life—food, housing, clothing—were made locally, using indigenous technology.

As a child he observed and began to learn that technology, noticing also they way the elders moved knowledge across time, person and place.  Today, as an Assistant Professor in the School's Program in Science, Technology and Society, Mavhunga focuses on technology and social practices—in particular, the entwined roles of indigenous and European science and technology in African history.

“In my traditional society," he says, "the elders are the custodians of knowledge which they pass along to their families and clans. Some of the knowledge is passed in talking—profound narratives about human relations with nature—but much is conveyed in practice.

There were agricultural implements and green methods for constructing homes; every man was able to build a house; women were specialists in interior design and manufacturers of utensils and pots, and selectors of different kinds of wood for different purposes. I was trying to find out if this knowledge became extinct during the violent process of colonialism, and what survived the purge. How did the old knowledge help the people to adapt?"

Writing Africa into the global science and technology story
Mavhunga also studies the impact of automatic weapons, especially the AK47, a weapon so prominent in the political mythology of Zimbabwe that it is incorporated in the country’s coat of arms.  “Guns liberated Zimbabwe from colonial rule," he says, "but sadly, it is also guns that have been turned on civilians to suppress democratic views."

Mavhunga educational journey to MIT started in the village schools, continued on to the University of Zimbabwe, to Witwatersrand University in Johannesburg to the University of Michigan in Ann Arbor.  At the University of Michigan, Mavhunga realized that he could “make a career of asking questions.”  He began to focus on analyzing how African knowledge and knowledge from other sources (Arabic, Asian, western & Latin American) have shaped one another. He wanted to understand why Africa had become “illegible” in the story of global science and technology, and to help write the African sicence and technology narrative.

“To write a global history without incorporating this knowledge—the plurality and democracy of knowing—is to write a history of science and technology that borders on falsehood,” he states.


An indigenous technology museum in South Africa
In his current research, Mavhunga studies the impact of mobility on pathogens and plants, creating culturally grounded solutions to climate change and poverty, and developing an indigenous technology museum in Kruger National Park in South Africa with his NYU colleague, Kenyan geneticist Simon Kang’a.

Mavhunga visits Africa frequently to work with his colleague Dr. Kang’a on “indigenous knowledge-based innovations” to improve the local standard of living, and develop guidelines for doing research in indigenous communities.  While there, he makes a point of talking to children.

“This idea that poverty is a kind of pathology needs to be attacked, and it is a particular responsibility for any academic from Africa. Education is the most powerful weapon we have to eliminate extreme poverty."

Faculty Profile | STS
Assistant Professor of Science, Technology and Society, Mavhunga researches and teaches courses on the interaction between people, science, technology, and nature/environment in Africa. His ambition is to theorize the scientific and technological basis for indigenous African knowledge and its trajectory before, during and after the European colonial moment. Mavhunga is the author of several articles and book chapters on indigenous knowledge, western science and technology, and wildlife in Southern and East African society.