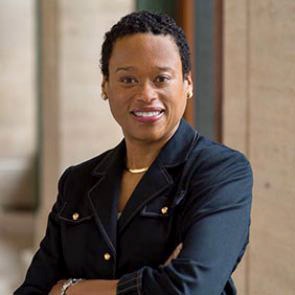 "Nobles is currently working on the issue of transitional justice — the repertoire of measures undertaken to repair past damage inflicted by states on minority groups." 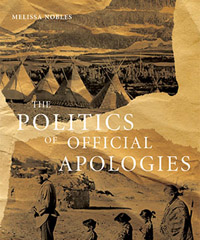 “All societies periodically have to do soul-searching.”

"In her second book, Nobles investigated the political uses of official apologies to minority groups in different nations, exploring whether these attempts to redress past injustice could spark new public perspectives on shared history and constructive changes in policy."

“I want to provide Americans with a more honest view of our history, so we better understand our achievements and the depth of our failures.”


“All societies periodically have to do soul-searching,” says Melissa Nobles, the Arthur and Ruth Sloan Professor of Political Science. With research that illuminates historic episodes of racial and ethnic injustice, Nobles has developed a deep understanding of how different nations go about the process of self-examination and attempt to right the wrongs of the past. Such efforts, believes Nobles, require rigorous honesty and “making sure all voices are heard.”

A self-described “political person,” Nobles learned early on about speaking up in the public arena. She was class president during most of her high school years in New Rochelle, NY and remembers attending forums in city hall to protest the school board “taking our school’s money away.” The daughter of parents born and raised in the American South, Nobles grew up during a racially fraught era, and was riveted by news accounts of the civil rights movement, as well as profoundly interested in the political struggles and history of black Americans.

This passion to understand politics and its relation to race found an outlet during Nobles’ undergraduate years at Brown University in the early 1980s. Through courses on Latin America, she became fascinated with Brazil, a slave-holding country like the U.S. well into the 19th century. The prevailing academic wisdom was that post-slavery, Brazil evolved into a racial democracy with “no sharp lines of racial demarcation,” while the U.S. saw reconstruction, Jim Crow, racial violence and socioeconomic inequities.

But as scholars scrutinized the lives of contemporary Brazilians of color, the disparity (between U.S. and Brazilian national stories) began to crumble. According to Nobles, who eagerly absorbed the new findings, “all socioeconomic indicators that make democracy meaningful didn’t look so good for them, and in a further irony, things looked better for black Americans.” She recalls thinking, “If I’d been born in Brazil, looking the way I do, I wonder what my life outcomes would have been.”

Questions about racial identity and politics in Brazil intrigued Nobles enough that she headed to Yale University to pursue a doctorate degree in political science. An internship with the Ford Foundation in Brazil solidified her interests, offering an opportunity not just to practice Portuguese, but to witness the nation as it confronted its racist history during national census taking. “Historically, Brazilians felt a lot of social pressure to choose a lighter category of skin color (on the census questionnaires) because it was more highly valued, and it appeared to have a material advantage,” says Nobles.

This immersion in the racial politics of Brazil helped Nobles shape not just her dissertation topic, but her first book, Shades of Citizenship: Race and the Census in Modern Politics (Stanford University Press, 2000), which examined racial categorization in both Brazil and the U.S. These research experiences also helped determine Nobles’ academic trajectory, which, she says, involves pursuing some questions “understudied and arguably undervalued by academic disciplines.”

In her second book, Nobles investigated the political uses of official apologies to minority groups in different nations, exploring whether these attempts to redress past injustice could spark new public perspectives on shared history and constructive changes in policy.

The issue of transitional justice, the repertoire of measures undertaken to repair past damage inflicted by states on minority groups, currently preoccupies Nobles. From work examining the challenges of historical reconciliation in East Asia, where the destructive impact of Japanese imperialism lingers in Korea and China, Nobles has shifted focus to her own country.

Her current project involves searching for a path to transitional justice in the American South, a region some scholars believe functioned as an authoritarian state for many years following Reconstruction. During this period, black victims of deadly racial violence did not reliably appear in official records. “I thought surely there would be a data set out there that would give me a sense of the numbers,” says Nobles. “To my shock and dismay, it didn’t exist. The database on lynching stops at 1930.”

In league with Northeastern University School of Law, Nobles is building a database of white-on-black, racially motivated murders from 1930 to 1954, drawing on recently digitized black weekly newspapers, with corroborating evidence culled from papers of the NAACP, the Library of Congress, FBI files, and the Department of Justice.

The mountain of documents is daunting yet Nobles believes, “At the end of this, we will know a lot more about the nature of the violence, even if we don’t know its full scope.” From what she has seen to date, she thinks “people will better appreciate the ordinariness of this violence, the capriciousness.”

Her ultimate aim, though, is “to provide Americans with a more honest view of our history, so we better understand our achievements and the depth of our failures.” In this “quest for some notion of truth,” Nobles wants to recognize victims and the suffering of their families. At the very least, she says, “their stories should be known.”