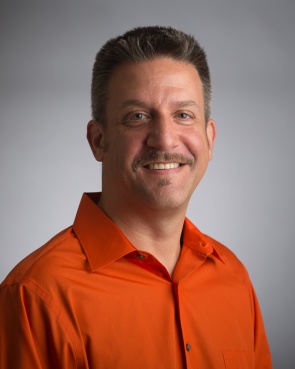 "Though only in the Knight program a few months, the fellows share a sense that MIT is offering us a unique opportunity to interact with scientists and researchers as they do their work."

Jonathan Sahula is a Boston-based producer, cameraman, editor, and animator. During his time as a KSJ Fellow, Sahula wants to explore what makes a metaphor effective, or even spectacular as a means for understanding an abstract idea; What can metaphor safely ignore? When does a metaphor jettison too much of the core science?

What drew you to the KSJ Program versus others?
In my work on science documentaries for PBS, I have collaborated with NOVA's Senior Executive Producer, Paula Apsel, and Writer/Producer Joseph McMaster, both of whom were Knight fellows. Each described their year of study at MIT as an opportunity to explore a range of topics, presented by scientists who are doing the leading research in their fields. Though only in the Knight program a few months, the fellows share a sense that MIT is offering us a unique opportunity to interact with scientists and researchers as they do their work.

How has your proximity to MIT researchers aided your work?
In mid-October, the KSJ Fellows were invited to two days of lectures on Astrophysics and Astronomy co-sponsored by the Kavli Foundation. The event put us face-to-face with scientists who have contributed to humankind’s understanding of the cosmos, those who are currently hunting for exoplanets, and some very far out ideas about mathematics and the universe.

On the second day, we were treated to a lecture on a new technology for rocket propulsion, and the event closed with MIT’s Jeffrey Hoffman, who as a NASA astronaut had performed several space walks to repair the Hubble space telescope. Experiencing this wealth of ideas was a rare opportunity that will undoubtedly influence my future work.

What impedes the public’s engagement with science?
Some science concepts are hard to explain to a general audience in a TV program. GPS, cell phones, and the integrated circuit all depend on quantum mechanics. People want and rely on the technologies that are built on this science, but few in the public could explain what quantum mechanics is or how it works. And you can’t blame them because quantum mechanics is so strange and unintuitive that it often seems illogical when explained. This is the challenge! I really believe the public should have at least a general comfort with quantum mechanics.