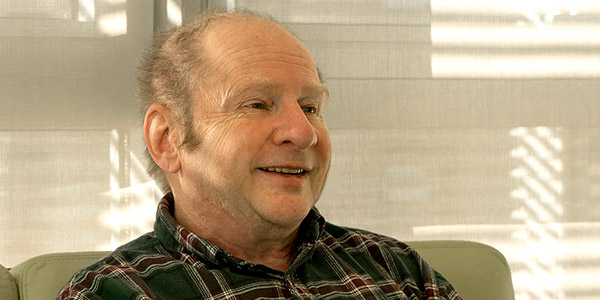 “It will be easy for us to miss the transformative opportunity that the Schwartzman College presents. The natural tendency of academic institutions is for units to maintain their core activities much as they are, and to treat new domains as ancillary ‘others.’”

Hal Abelson is Class of 1922 Professor of Computer Science and Engineering in MIT’s Department of Electrical Engineering and Computer Science. He collaborates in directing the MIT Internet Policy Research Initiative. A leader in the worldwide movement toward openness and democratization of culture and intellectual resources, Abelson is a founding director of Creative Commons. At MIT, he played key roles in fostering MIT OpenCourseWare and DSpace. He is a co-author of Blown to Bits (Addison-Wesley Professional, 2008), a book on the cultural and political disruptions caused by the information explosion.

Q: How can the humanities, arts, and social science fields inform our thinking about the societal and ethical implications, benefits, and risks of AI/computing projects?

The MIT Stephen A. Schwarzman College of Computing has launched. It’s the largest innovation in MIT’s organizational structure since the 1950s, which saw the establishment of the MIT School of Humanities, Arts, and Social Sciences (MIT SHASS) and the Sloan School of Management. It’s a breathtaking opportunity.

As MIT begins to confront the challenges of the information society, there’s a lot of discussion under way about building bridges between computing and the humanities, arts, and social sciences. But what the MIT Schwarzman College of Computing needs is blending, not bridging, both in research activities and in curriculum.

The natural tendency of conservative academic institutions is for units to maintain their core activities much as they are, and to treat new domains as ancillary “others.” An example in computing education might be a curriculum of courses that address societal issues simply as enrichment topics for technical subjects whose core remains unchanged; or conversely, a SHASS curriculum where students confront ethical issues brought about by digital transformations without also delving into the technology of those transformations. Better than bridges, MIT’s guideline should be President L. Rafael Reif’s goal to “educate the bilinguals of the future” [1], experts in many fields who are also skilled in modern computing.


Bilinguals are the future

That’s a compelling vision, but it’s hard to realize, and it will be easy for us to miss the transformative opportunity that the College presents. Actually, MIT already missed that opportunity once, as was pointed out by Professor Bernhardt Trout in a recent Faculty Newsletter [2], in which he quotes the 1949 Lewis Report that led to the establishment of SHASS. In advocating a new school dedicated to the humanities and social sciences, the Lewis Report warned that the “professional and general elements of education” (and I would add here research)

“... should not be assigned to separate subjects or to separate teachers. All parts of an educational program should contribute to both ends.” [3]

As Trout points out, MIT did not follow that advice. Could we heed it now? Failure to do so would be to remain captive to an outmoded perspective on what the information society is and what it is becoming. That would a shame, especially for MIT.

After all, the information society was born at MIT in the 1960s, with the work of Fernando Corbato, Bob Fano, and others at Project MAC (the MIT Project on Mathematics and Computing). They created the first time-shared computer, the first computing platform that people could use simultaneously. Seen initially as a more efficient use of “the computing utility,” it soon became apparent that time sharing was engendering a new kind of community where human interaction was mediated by computation, where people could share data and send messages (the first email), where they could work with multi-user applications and be some of the first ones to address issues of digital information security and privacy. [4] 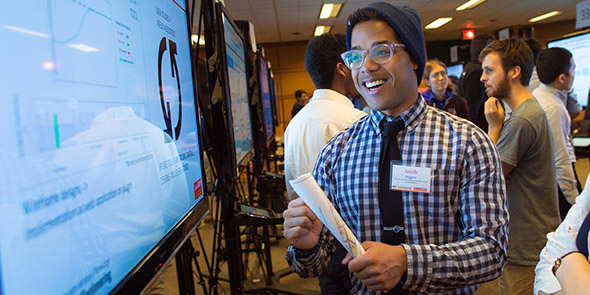 "When we study society today, we can no longer separate humanities — the study of what’s human — from computing. MIT’s guideline should be President Reif’s goal to 'educate the bilinguals of the future,' experts in many fields who are also skilled in modern computing."

Computing and the humanities

Later, as computers became available through networks, scholars and science fiction authors took up the image of cyberspace as a kind of place, defined by computer-mediated communication, that was not part of the physical world. John Perry Barlow’s 1996 polemic “Declaration of the Independence of Cyberspace” declares that “I come from Cyberspace, the new home of Mind,” and as far as governments are concerned, “Cyberspace does not lie within your borders.” [5]

That’s heady imagery — the idea that computing has engendered a “digital world” inhabited by “digital natives.” It’s also imagery that’s 20 years old. The reality is that computing has changed society, and today’s societal issues include issues of computing. When we study society today, we can no longer separate humanities — the study of what’s human — from computing.

In the same way, when we study computing and information technology, we can no longer separate those fields from the humanities. Philosopher Shannon Vallor of Santa Clara University holds the position of Google’s “AI Ethicist.” In Technology and the Virtues, she puts forth the notion of “technomoral virtues”:

As important as they are, the engineers of the 21st century who fashion code for machines are not as critical to the human mission as those who must fashion, test, and disseminate technomoral code for humans — new habits and practices for living well with emerging technologies. [6]

Can MIT achieve such an aspiration? It won’t be done through bridge faculty appointments and enrichment topics for standard courses. We need joint research and joint teaching and, as President Reif expressed it, an MIT of bilingual students, faculty, and researchers.

The MIT roots of Google’s new software
Google’s App Project was led by Hal Abelso, and draws on decades of MIT research.

[3] Report of the Committee on Educational Survey, MIT, December 1949, available at https://libraries.mit.edu/archives/mithistory/pdf/lewis.pdf.

[5] John Perry Barlow, “Declaration of the Independence of Cyberspace,” 1996, at https://www.eff.org/cyberspace-independence.

[6] Shannon Vallor, Technology and the Virtues: A Philosophical Guide to a Future Worth Wanting, Oxford University Press, 2016.