Safeguarding Our Humanity in the Age of AI | Bernhardt Trout 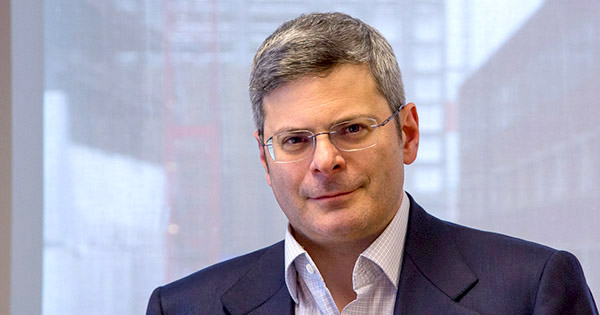 "To meet the challenge of making AI conducive to a worthy life, we need to think carefully about what is important about human life.”

Q: What unique ethical and societal challenges do you see emerging or increasing as computing and AI tools have an accelerating role in shaping human culture and planetary health, and how should we best meet those challenges?

Over four centuries ago, Machiavelli completed his masterpiece The Prince. While it is often considered the book par excellence on political realism, it is much, much more. For we might recall that in Chapter 25, he turns humanity toward seizing fortune, especially fortifying ourselves against the whims of nature. However, we tend to forget how in Chapter 15, he set the stage for the development of “values” (via his term, “virtù”) as we have them today. In doing so, he planted the seeds of the modern conception of the connection between science, ethics, and society. What is remarkable is that we have forgotten both how science and virtù are related in an unfragmented whole and that the project of modern science has its roots in political philosophy.

We also tend to forget about the tenuous origin of the idea of disciplines, an idea developed by Machiavelli’s great disciple, Francis Bacon. Bacon was the founder of the modern scientific project, and his ideas led directly to the establishment of the Royal Society and by inspiration to our National Academies together with the modern research institution, of which MIT is the paradigm. In his great book, New Atlantis, Bacon envisions a futuristic scientific society, much more advanced than ours, with far more advanced robotics and AI. In his presentation, he gives us the starkest of warnings: While the scientific enterprise will yield great benefits to humanity, it possesses a profound propensity to dehumanize us.

Disciplines as developed by Bacon are a way to make progress in various subfields of knowledge, and they have worked just as designed. They have led to expertise and therein progress in just about every scientific area of importance to human beings. However, they have obscured the one thing most important to human beings: the search for knowledge of exactly what is most important, a search that must take into account the whole and is therein beyond disciplines.

We are told that AI is the greatest existential threat, and we believe it. Then, we turn our heads and forget about it. How have we come to such a state of complaisance? 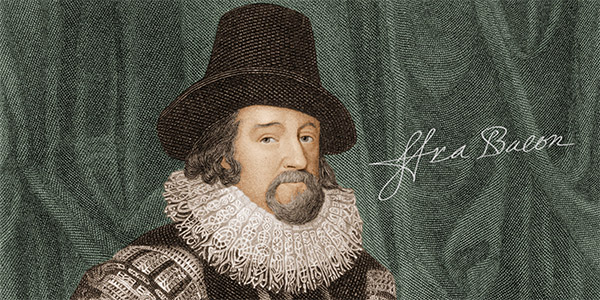 Detail, etching of Francis Bacon (1561-1626), based on the painting by Frans Pourbus (1617)
“litera etiam & Philosophia certissime discerpitur.” (letters and also Philosophy are most certainly misplaced.)

"Disciplines as developed by Bacon are a way to make progress in various subfields of knowledge, and they have worked just as designed. However, they obscure the one thing most important to human beings: the search for knowledge of what is most important, a search that must take into account the whole and is therein beyond disciplines."

The challenges of AI could lead us to focus on what is most important.

There seem to be two possibilities for how AI will turn out. In the first, AI will do what it is on track to do: slowly take over every human discipline. After all, a self-learning machine with exponentially increasing computational power will be able to diagnose better than human doctors, build houses better than human construction workers, and run the economy better than human economists. Once we are all out of jobs, we will either be destroyed in some way by the machines due to some unpredictable outcome of their programming, or we will become so dependent on the machines that we will be their slaves — whether we know it or not — since the machines will choose everything for us based on optimizing the “best” outcome.

Ceding choice is bad enough in medicine — shouldn’t we decide whether we undertake a certain treatment or not, even if verifiable statistics inform us of the best probabilistic outcome? In politics, it would be devastating. For the machines will make political choices for us based on their preprogrammed biases. As bad as it is to be ruled by human politicians, it will be much worse to be ruled by programs necessarily with biases, whether those biases were programmed intentionally or not.

There is a second possibility, however. That is that we take the existential threat of AI with the utmost seriousness, completely change our approach, and start to think carefully about what is important about human life. It is only if we do this that we can meet the challenge of making AI conducive to a worthy life. This means redirecting our thinking from what is merely advantageous to what is genuinely good, from a blind belief in efficiency to a considered understanding of what is the best in human life. And in this regard, AI machines have this decisive disadvantage: They are statistically based, so they cannot address what is best, what is unique; they can address only what is prevalent enough for statistical analysis.

"Redirecting our thinking would encompass redirecting education: from an education focused on a particular discipline to an education that liberates our minds and allows us to investigate our true situation within the whole."

How we can seize the opportunity

Such an education would allow us to understand the differences between organisms, which are natural wholes encompassing metabolic processes, and machines, which are a sum of their parts, at best artful mimeses of wholes. It would allow us to experience and reflect upon varieties of human excellence, that which we at MIT pride ourselves on, but which cannot be part of any AI system. Only in this way will we be in a position to address seriously why we think we so badly need AI and, in doing so, guide our lives in a direction that truly makes us better.

The MIT Schwarzman College of Computing is a new academic structure that goes beyond disciplines and thus presents a momentous opportunity. One is tempted to say that history will judge whether we will have seized that opportunity or not. Then again, if AI eliminates free and thoughtful human beings, there will be no more history.