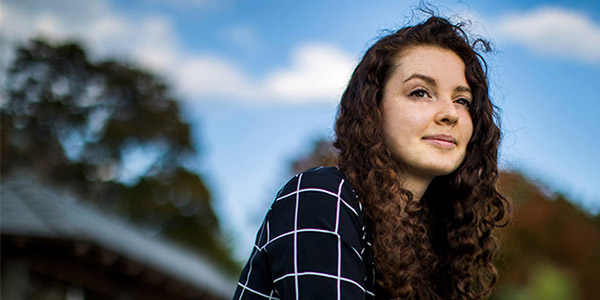 After a solar panel installation project working with formerly incarcerated citizens, Guettler made the connection between technology and equitable solutions and inclusive processes. “After that, I was hooked on the policy side,” she says. "Now it wasn’t just about employing the technology, but also about who was going to be employing it, where it was going to be placed, and how we could make that process as equitable as possible.”


"It’s an amazing moment when a topic learned in the classroom comes to life. For senior Darya Guettler, that moment came on a sweltering day while installing solar panels in low-income communities in Los Angeles, alongside workers who had been previously incarcerated.

Guettler was volunteering with an MIT Energy Initiative program called Solar Spring Break, which had partnered with Homeboy Industries, an organization that supports formerly incarcerated individuals through career opportunities in green energy. Drilling the panels into the roofs while sweat dripped down her neck, Guettler finally got a chance to see the utility of solar panels in action. When the volunteers switched on the lights, the members of the community got together and celebrated.

“I’ve never done that before, and it was a very unique experience,” Guettler says, recalling the internship. “As students, we’re usually designing the solar panels. Actually installing them and then turning the power on — it’s like all these families now have power for free and can finally run their air conditioning during the day. It made it all feel real.”

She arrived at MIT with the goal of mitigating climate change through technological innovation, and soon joined the MIT Undergraduate Energy Club, where she says she met inspiring and equally passionate students. Over time, they helped to shape her mindset about what her role could be in helping with the climate crisis. Now the club’s president, Guettler has been working to expand the club’s education outreach programs and encourage kids to get excited about ways they can use engineering to help the planet.

Although Guettler had long understood the need to improve solar technologies, it wasn’t until her Solar Spring Break experience that she made the connection between climate change and the need to involve many different parties in putting together solutions.

“After that, I was kind of hooked on the policy side as well, because I saw that there’s really a space for combining all these things,” she says. “Now all of a sudden it wasn’t just about employing the technology, which I had always been interested in, but also about who was going to be employing it, where it was going to be placed, and how we could make that process as equitable as possible.”

Guettler decided to combine her mechanical engineering major with a degree in political science and has gravitated to classes focused on the intersection of sustainable technologies and climate policy.

“They’re really interesting classes. I’ve got a class about engineering democratic development, one about election modeling, and one in energy storage,” she says. “Honestly, sometimes it’s hard to pick. There’s so many I want to take!”