“The climate change crisis is no longer primarily a scientific problem. At this stage, it is a communications issue.”

That assessment, from Scott Denning, Monfort Professor of Atmosphere Science at Colorado State University, was a frequent refrain during a recent MIT Knight Science Journalism “Bootcamp on Energy and Climate.” Many of the distinguished presenters at the intensive three-day course emphasized that scientists have established the evidence about climate change, and journalists now have a crucial role to educate the public about its impacts.

The twelve presenters also agreed that the stakes are high for their work. In his remarks, Philip Hilts, director of the KSJ program said: “The future of our species depends on better policies in energy and climate issues — and that progress requires an informed public.”

The Energy and Climate Change Bootcamp is part of an ongoing series of short courses created by the KSJ program, which each year admits 13 exceptional, mid-career science journalists from around the world. The Fellows spend a full academic year at MIT honing their science reporting skills, and working alongside scientists and researchers in MIT labs. The only one of its kind in the world, the program has run for 31 years and created 320 alumni who are now continuing their science writing at major news outlets in 40 countries. Four times a year, the KSJ program offers the intensive bootcamps, which are attended not only by the Fellows, but also by other journalists who apply to participate.

“We believe that reporters need access to the best minds across science and technology to fulfill their mission,” says Hilts, “and we want to share MIT's resources with science journalists broadly. We know it is hard for many journalists to get away from major institutions for an entire year.  However, many more can break away for a few days at a time, so we designed the short courses to reach more of the science journalism community.”

The Energy and Climate Bootcamp has been held each year for three years, reflecting the complexity of the topic and its increasing significance. The most recent speakers, who included leading scientists and spokespersons in the field, gave presentations that ranged from the current science about climate change, to the attitudes of the American public on the issue, and how climate change issues can be addressed in a difficult political climate. 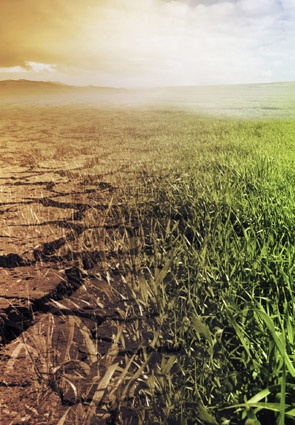 "The future of our species depends on better policies for energy and climate change — and that progress requires good communications, and an informed public."