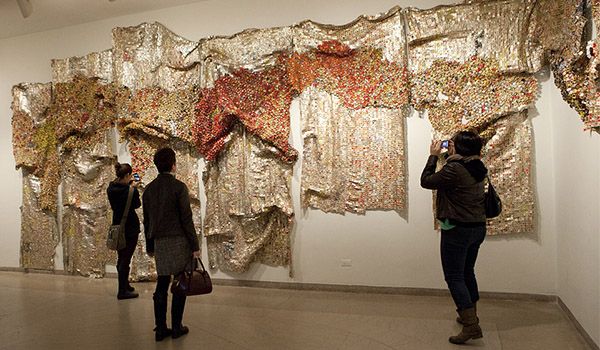 The Major in African and African Diaspora Studies is designed for students interested in the contributions, cultures and experiences of peoples of African descent on the African continent and across the Diaspora. The goal of the Major program is to emphasize the importance of Africa and people of African descent in the world’s cultural, economic, and social developments, and to provide a balance between language, humanistic, historical, and contemporary study.

Building on MIT’s strengths in understanding science and technology, the Major provides students the opportunity to study interactions of people of African descent with contemporary technology sectors such as digital media, artificial intelligence, aerospace, genetics, and climate mitigation efforts. The Major includes study of economic and political systems as they reflect the African continent and areas of the African diaspora, and the histories, languages, and literatures of Africans and peoples of African descent elsewhere.

All of the African continent falls within the geographical scope of the Major. A student may concentrate on a particular region or on any of the broad groupings of African cultures, regions, or language groups. Equally, a student choosing to focus on the African diaspora may concentrate on African American studies or on any group of African descended populations in the Americas or elsewhere — be it in the U.S., in the Caribbean or anywhere else in the Americas and beyond. Students focusing on either principal geographic area of the major — Africa or the African diaspora — must also take at least one subject which deals with the other area or with interactions between them.

Subjects and Areas of Study

The Major consists of nine subjects including the Introductory subject (Black Matters: Introduction to Black Studies), the pre-thesis tutorial (21.THT) and thesis (21.THU). The subjects — at least five of which must be MIT subjects — should be arranged in the following four areas of study. From them, students should select two subjects that contribute to Language training and seven subjects that together draw from Areas I, II, III and IV:

● Area II: Humanities and the Arts

Subjects about Africa and the African diaspora, as well as subjects in indigenous African languages, are also available from Harvard University and Wellesley College through cross registration. Students must receive permission from the Major advisor prior to registering for a class at another institution.

The subject list above is not exhaustive. Additional information can be obtained from the Major advisor, Professor Danielle Wood, Room E14-574N, 617-253-9805, or by emailing shass-ug@mit.edu.

The Honorable Barbara Jordan (1936-1996), photographed during the Watergate hearings in U.S. Senate, 1973. Jordan was a stateswoman, member of the U.S. Congress from the 18th District of Texas, keynote speaker for the 1976 National Democratic Convention, orator, and defender of the U.S. Constitution. "There was only one Barbara Jordan," said Eve Clayton, Representative from North Carolina, "and when she spoke — we listened. The world listened.”
Recording: Barbara Jordan speaking on the extension of the Voting Rights Act