Williams is using bioengineering and black studies as a launchpad to combat racism in public health, to use "the toolbox of social justice, pulling the levers of activism, advocacy, democracy, and legislation to improve our social institutions at the root.” 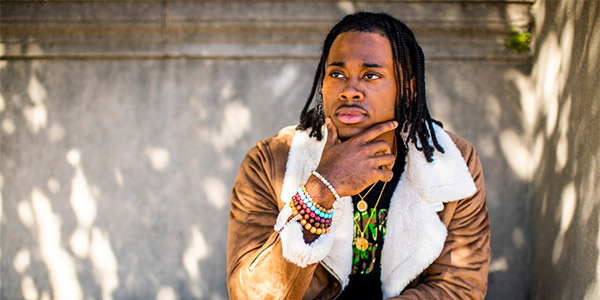 “The things that really keep me going are the stories of other people,” says Williams. After receiving MIT endorsement, he applied to the Rhodes and Marshall Fellowships; he also plans to apply to law school with a joint master’s degree in public health and policy.

Brian Williams, an MIT senior majoring in biological engineering and minoring in Black studies, has leveraged his background in the two fields to explore interests in public health and social justice, specifically looking at how the medical sector can uplift and support communities of color.

Williams initially focused on STEM subjects at MIT, but in his sophomore year, his interests in exploring humanities research, public policy, and data science led him to an Undergraduate Research Opportunities Program (UROP) project in the Department of Political Science. Working with Professor Ariel White, he analyzed information on incarceration and voting rights, studied the behavior patterns of police officers, and screened 911 calls to identify correlations between how people described events to how the police responded to them.

In the summer before his junior year, Williams also joined MIT’s Civic Data Design Lab, where he worked as a researcher for the Missing Data Project, which uses both journalism and data science to visualize statistics and humanize the people behind the numbers.

At the same time, Williams was drawn toward tackling problems the local Black community was experiencing related to the pandemic. He found himself thinking deeply about how to educate the public, address disparities in case rates, and, above all, help people.

Working through Amgen’s Black Employee Resource Group and its Diversity, Inclusion, and Belonging Team, Williams crafted a proposal, which the company adopted, for addressing Covid-19 vaccination misinformation in Black and Brown communities in San Mateo and San Francisco County. He paid special attention to how to frame vaccine hesitancy among members of these communities, understanding that a longstanding history of racism in scientific discovery and medicine led many Black and Brown people to distrust the entire medical industry.

This experience reinforced the idea for Williams that he wanted to do everything in his power to uplift the Black community. Williams prioritizes community in everything he does, whether in the classroom, at a campus event, or spending time outside in local communities of color around Boston.

Ultimately, Williams hopes to bring his fight for racial justice to the policy level, looking at how a long, ongoing history of medical racism has led marginalized communities to mistrust current scientific endeavors. He wants to help bring about new legislation to fix old systems which disproportionately harm communities of color.

He aims to be “an engineer of social solutions, one who reaches deep into the toolbox of social justice, pulling the levers of activism, advocacy, democracy, and legislation to improve our social institutions at the root and liberate our communities.”