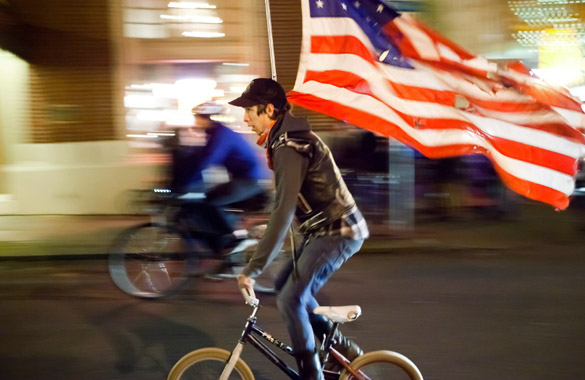 What happens next?
Much of the reporting on the eviction of occupiers from Zuccotti Park in December 2011, focused on what will happen next: can the movement survive without a physical location? Sasha Costanza-Chock, Assistant Professor of Civic Media, in the MIT-SHASS Comparative Media Studies program, has been studying the protests. He talks to Brooke Gladstone at NPR's "On the Media" about what the future holds for OWS and about how the protestors are organizing digitally in new ways.