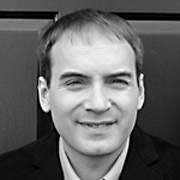 Associate Professor of Political Science Gabriel Lenz has studied how much a candidate’s appearance affects an election’s outcome, and the answer is “a lot.”

In this audio clip, Lenz speaks with WBUR’s Deborah Becker about the rise of Sen. Scott Brown, former Cosmo centerfold — and weighs in on which candidate might hold the edge in the 2010 race for Massachusetts governor.

Lenz conducted the study along with Chappell Lawson, also an Associate Professor of Political Science at MIT, Michael Myers, a research affiliate with MIT’s Department of Political Science, and Andy Baker, a political scientist at the University of Colorado.

"Looking Like A Winner:
Candidate Appearance and Electoral Success in New Democracies" (PDF)