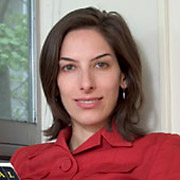 Buffet: All You Can Eat in Las Vegas
Film directed by Natasha Schüll

MIT News Article | Going for Broke
In the late 1990s, Schüll began observing people in Las Vegas transfixed for hours at video poker and slot machines. What, she wondered, kept them glued to machines until they lost all they had to lose? After more than a decade of research that included lengthy observations and interviews focused on gambling machines, Schull is publishing her conclusions on how closely guarded, proprietary mathematical algorithms and immersive, interactive technology are used to keep people gambling until they—in the industry jargon—"play to extinction."

About
Natasha Schüll is a cultural anthropologist, documentary filmmaker, and Leo Marx Career Development Professor in the Program in Science, Technology, and Society. She recently completed a book based on research on compulsive gamblers and the designers of the slot machines they play. Addiction by Design: Machine Gambling in Las Vegas, is forthcoming from Princeton University Press, Fall 2011. Schüll's film, "Buffet: All You Can Eat in Las Vegas," has screened on PBS and in numerous film festivals. Schüll graduated Summa Cum Laude from UC Berkeley’s Department of Anthropology in 1993, later returning to receive her PhD in 2003. She joined MIT’s department of Science, Technology, and Society in Fall 2007. 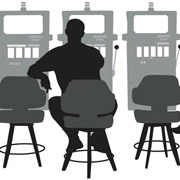 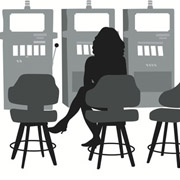