Maleki is the 2011-2012 Robert E Wilhelm Fellow at CIS. He is associate professor of political science at Sharif University of Technology in Tehran, director of the International Institute for Caspian Studies, and a senior associate of the Belfer Center's International Security Program at Harvard University. He was Iran’s Deputy Foreign Minister from 1988-1997.

About the Audits
In this series of videos, MIT's Center for International Studies tours the horizon of the conventional wisdoms that animate U.S. foreign policy, and puts them to the test of data and history. By subjecting particularly well-accepted ideas to close scrutiny, we hope to spark discussion and debate, with a result we can all agree on: better foreign policies that lead to a more peaceful and prosperous world. 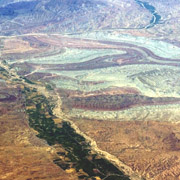