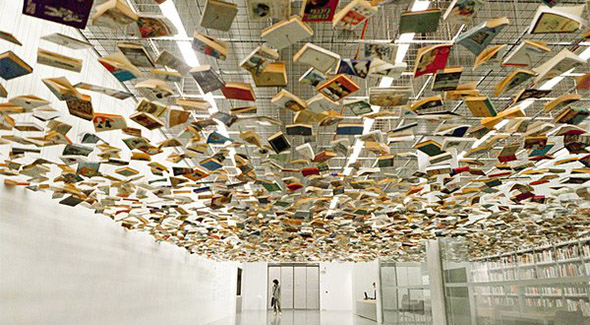 "You shall not look through my eyes either, nor take things from me  / You shall listen to all sides and filter them from yourself."

— Walt Whitman, Song of Myself


Reading for the Midterms

As the 2018 midterms approach, MIT writers and humanities scholars offer a selection of books to consider for your reading list. Read their recommendations below, along with notes on the insights each book holds for this moment in American history.

It can be difficult not to feel despair at the current political climate in America: Has the country ever been so divided? The final installment of Taylor Branch’s magisterial three-volume history of the Civil Rights movement during the King years reminds us the answer is a definitive yes. At Canaan’s Edge starts with the Selma to Montgomery marches in 1965 and concludes with King’s assassination three years later. Even if the broad strokes of the cataclysmic violence that rocked the country during the era are well known, the details remain shocking. The world we live in may feel uniquely fractious, but Branch’s inspiring feat of history reminds us that is not the case — and that, while we still have an enormous way to go, our society is more equitable and accountable today than seemed possible to many just a few decades ago.

The Averaged American
by Sarah E. Igo, Harvard University Press, 2008
Recommended by David Kaiser, Germeshausen Professor of the History of Science and Professor of Physics

Results of public-opinion polls saturate media coverage of current events these days and are updated at a frenzied pace every election season. Such polling in the United States is of relatively recent vintage — still less than a century old. How did public-opinion polls enter our national conversation, and to what extent have the polls — then or now — simply reflected underlying opinion or given shape to those opinions? In her thoroughly researched book, The Averaged American: Surveys, Citizens, and the Making of a Mass Public, historian Sarah Igo explores the early history and unintended consequences of opinion polling in America.

The election of Donald Trump, the rise of the #MeToo movement, and controversies over the Kavanaugh nomination have intensified attention to sex and gender in national politics. Kate Manne's book provides a frame through which we can better understand the rise in public forms of misogyny and the current battles over our political future. Her concept of himpathy — the sympathy redirected from the victims of misogyny to the male perpetrators — is an essential tool for political analysis and social critique in these fraught times.

“For all those that have to fight for the respect that everyone else is given without question.”

This explosive sentence serves as the epigraph to N.K. Jemisin’s novel The Fifth Season (2015). Set in an analog of our world thousands of years in the future, the story narrates a time of reprieve between devastating and recurring tectonic upheavals. There is a deeply entrenched caste system, over which the ruling class wields control by harnessing the power of Orogenes, a group of humans who can contain seismic activity. Narrated from the point of view of three female characters, the book charts their awakening into revolutionary consciousness and a vision of the transformative potential of small-scale intimacies.

This rollicking satire by the author of Moby-Dick reveals his insight into American politics and culture. It is the story of a soldier in the American Revolution, captured at sea and carried to England, where he lives in obscurity and has remarkable adventures for 50 years, returning in time to witness celebrations of the Bunker Hill Monument. Along the way he meets Benjamin Franklin, Ethan Allen, John Paul Jones, and King George III, all of whom in different ways reveal the ironic resonances of America’s myths about itself. Melville wrote the book to amuse readers but also, during a time when the country seemed fatally divided in the decade leading up the Civil War, to reflect both humorously and seriously on America’s fractured history.

No Is Not Enough: Resisting Trump's Shock Politics and Winning the World We Need
by Naomi Klein, Haymarket Books, 2017
Recommended by Ken Urban, Senior Lecturer in Theater Arts

A major tenet of acting is that when playing a character, you must act a positive, not a negative, because a positive is a true action. A character wants forgiveness — that is actable. But it is not an action to say a character does not want to become a father. Though Klein is not focused on the stage, in essence, that is the lesson of her book. It is not enough to say to no to unwanted leaders or even the system that brought them to power. We have to say yes to a new vision of the world.

In Nick Drnaso’s Sabrina, news reports of a young woman's abduction are sucked into the vortex of conspiracy theories from 9-11 through Sandy Hook. Mapping the grooves of social isolation and online paranoia, Drnaso finds the little dams of human contact that change the course of a damaged life. Sabrina is both a scalding guide to the epistemic crises of internet culture and a delicate message of hope.

Poetry by Walt Whitman, the "poet of democracy"
Recommended by Stephen Tapscott, Professor of Literature

The obvious choice would be poems like "Election Day, November, 1884," written 20 years after the Civil War, when America was reassembling itself, industrializing, and recapitalizing. Whitman has America congratulate itself for its democratic integrity. And yet: In late poems like this famous example, Whitman sounds a little smug, so confident of the rightness of America's destiny. He has all the answers, and he'll be happy to tell them to you!

It might be more rewarding to read, instead, the Whitman of 1855, like "Song of Myself." Instead of telling you all the answers, Whitman is urgently trying to state clearly the questions and dynamics of democratic voting and self-rule: In a majoritarian system, how do we protect the rights of minorities? What do we do with the tensions between social justice and civil reconciliation? Isn't it premature — or naive, or outright provocative — to ask for civil peace or law-and-order before social justice? How do we reconcile the One and the Many? It's fine to read discontinuously in "Song of Myself"; it doesn't work in a linear argument. It's "decentered," an attempt to make a "democratic" form.

Theodore Abel’s work on the rise of Hitler is an often overlooked but hugely insightful examination of how Germany’s National Socialist Party achieved power, despite commanding, throughout the crucial period, only minority support. History does not repeat itself perfectly, but it knows the chords, and Abel’s work offers a pointed and striking commentary on the rise of anti-democratic and illiberal forces in the United States — a journey toward power that is now at a crucial juncture.