January 2010 — Joe Haldeman, Adjunct Professor in the School's Program in Comparative Media Studies/Writing, has received the Damon Knight Memorial Grand Master award for 2010 from the Science Fiction and Science Fantasy Writers of America (SWFA). The Grand Master award is SFWA’s highest accolade and recognizes excellence for a lifetime of contributions to the genres of science fiction and fantasy.

Announcing the award, SWFA President Russell Davis said, "Being able to give it to Joe Haldeman–a past SFWA president, an extraordinarily talented writer, a respected teacher and mentor in our community, and a good friend–is not only a pleasure, but a genuine honor."

[Note: in 2014, Professor Haldeman retired, after 30 years of teaching at MIT each fall.]

A master of his generation
Of Haldeman, Jim Paradis, Head of WHS, says, "Joe is one of the science fiction masters of his generation, and his match with the culture of MIT has been gratifying to see over more than twenty-five years. Inspired by Hemingway, Joe has written prolifically, and always with stylistic purity and an untiring appreciation for the imaginative journey of the science endeavor."

Tom Levenson, Director of the School's Graduate Program in Science Writing, comments, "The Grand Master award is as a high an honor as the science fiction community can bestow, and I'm thrilled that Joe has received it. The award recognizes what Joe's students and colleagues at MIT know: that he has been producing work of the highest quality decade after decade—a combination of excellence and stamina that is simply awe-inspiring."

About Joe Haldeman
Adjunct Professor Joe Haldeman teaches in the Writing and Humanistic Studies Program of MIT's School of Humanities, Arts, and Social Sciences. His books include The Forever War, Old Twentieth, Marsbound, Starbound, World Without End: A Star Trek Novel, Forever Peace, Guardian, and many others. The Forever War received the two most prestigious science fiction honors, the Hugo and Nebula awards. All told, Haldeman has received five Nebula Awards, and five Hugo Awards. He holds a B.S. in Astronomy from the University of Maryland, and an M.F.A. from the Iowa Writers Workshop.

Reflecting on the craft of science fiction, Haldeman says, "The thing about science fiction is that it's a form of writing, but it's also a way of looking at things—a mode of thought." 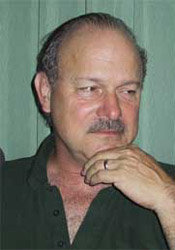 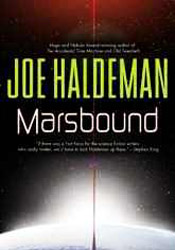 Video | Haldeman on The Craft of Science Fiction