American premiere of Ziporyn opera, A House in Bali 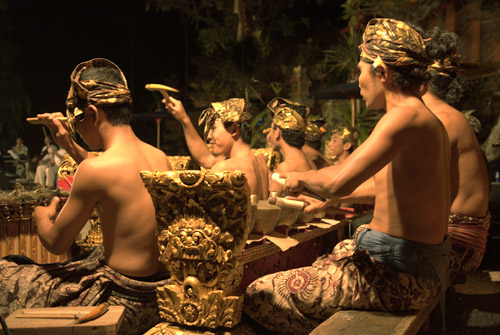 A House in Bali

A House in Bali is a new opera by Evan Ziporyn with libretto by Paul Schick based on a memoir by Colin McPhee. It traces the roots of the west's century-long infatuation with Bali, through the true story of three westerners — composer Colin McPhee, anthropologist Margaret Mead, and artist Walter Spies — during their 1930s sojourn in Bali.

Ziporyn composed the music, which combines Balinese and Western musical forms. It is performed by the Bang on a Can All-Stars and a Balinese gamelan directed by Dewa Ketut Alit, with choreography by Kadek Dewi Aryani. The opera is performed by some of the finest operatic and Balinese voices, including Anne Harley, Marc Harley, Marc Molomoi, Timur Bekbosunov, Nyoman Catra and Desak Made Suari Laksmi, and - making his operatic debut - Nyoman Triyana Usadhi. This multi-media production also include wayang shadow puppets and high-tech projections.

A House in Bali premiered in June 2009 at Puri Saraswati in Ubud, Bali. View photos of the performances here. The American premiere  will be presented by Cal Performances in the Zellerbach Auditorium at the University of California, Berkeley, September 26-27, 2009.

About Evan Ziporyn
A master of many forms of music, Evan Ziporyn has a particular affinity for the sounds of Bali.  The Kenan Sahin Distinguished Professor of Music, Ziporyn has been involved with Balinese gamelan — a kind of percussion orchestral music — since his 1981 Murray Fellowship from Yale University. In 1993, three years after coming to MIT as an assistant professor, he founded the Gamelan Galak Tika performing group.  A composer and musician, Ziporyn writes and performs music ranging from classical to hard rock, alternative to ensemble. He is a composer and soloist with the Bang on a Can All-Stars chamber ensemble, and has toured as a saxophonist with Paul Simon.

A House in Bali 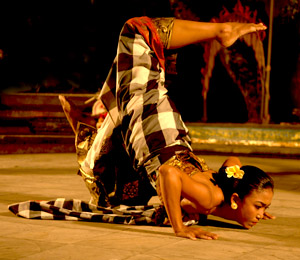 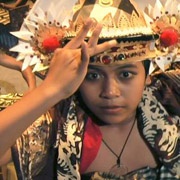