MIT political science professor Suzanne Berger was presented with a French Legion of Honor medal Monday in recognition of both her research and her efforts to strengthen ties between MIT and French researchers.

Berger, the Raphael Dorman and Helen Starbuck Professor of Political Science, said she was notified by a letter from French President Nicolas Sarkozy that he had recommended her for an insignia of Knight of the Legion of Honor.

"For me this is a great honor as so much of my own research has to do with France," said Berger, director of the MIT International Science and Technology Initiatives Program. "[But] this is, in fact, an honor that belongs to MIT because it recognizes what a whole group of us have been trying to do with MIT students—to build bridges that allow collaboration across borders."

Berger's books include "Peasants Against Politics," "The French Political System: Dualism and Discontinuity in Industrial Societies" (with Michael Piore) and the recent "How We Compete," the result of a five-year study on globalization.

The award was presented by Pierre Vimont, France's ambassador to the United States. 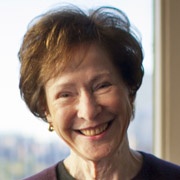