The "signature novel" of the decade

The Brief Wondrous Life of Oscar Wao | by Junot Diaz

"If there is a signature novel of the aughts—one book that most artfully co-opted our newfangled webbiness, that allowed itself to feel simultaneously major and small, that anchored its post-postmodern gimmickry in solid fictional ground—it was Junot Díaz’s The Brief Wondrous Life of Oscar Wao.... The really stunning thing about Oscar Wao, in true aughts fashion, is its style.

Díaz turns the book over to a small crowd of narrators, each of whom seems to channel 100 different subcultures and dialects. The result is a reference-studded Spanglish loaded so densely with extratextual shout-outs (ringwraiths, Le Corbusier, Joseph Conrad’s wife) it practically requires the web as an unofficial appendix. The book could have been sponsored by Google and Wikipedia; you either have to consult them constantly or just surrender to the vastness of the knowledge you don’t have—which is, of course, its own kind of pleasure." 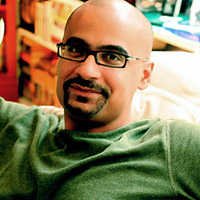