The analysis comes from MIT health economist Jon Gruber. Gruber is, undoubtedly, pro-reform. He's advised the Senate Finance Committee and served as one of the architects of the Massachusetts plan. But he's also one of the most-respected health economists in the country.

Gruber runs the numbers for an average family, a 25-year-old and a 60-year-old, looking at different income levels for each, and paying close attention to the role subsidies will play. In each case, he finds the people likely to save money under the Senate Finance Committee's plan. You can download his analysis, which is based on Congressional Budget Office data, here." 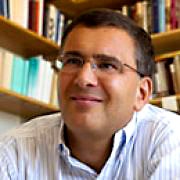