Robert C. Merton, a Nobel Prize-winning economist whose work revolutionized financial markets and helped launch the growth of the risk-management industry, received the 2009 Robert A. Muh Alumni Award presented by the School of Humanities, Arts, and Social Sciences.

The award, given every two years, honors an MIT graduate for noteworthy achievements in the humanities, arts or social sciences. The ceremonies include a public lecture by the recipient.

A Singular Award
"The Muh Award is a singular opportunity for us to recognize MIT graduates who have made extraordinary contributions, and whose life work calls on deep knowledge in the disciplines of our School," said Deborah Fitzgerald, the Kenan Sahin Dean of the School of Humanities, Arts, and Social Sciences. "We are delighted to present Bob Merton with this year's award."

1997 Nobel laureate
Currently the John and Natty McArthur University Professor at the Harvard Business School, Merton received a PhD in economics from MIT in 1970. Along with MIT faculty members Fischer Black and Myron Scholes, he developed the conceptual foundation for determining prices for stock options and other complex securities. With Scholes, Merton won the Nobel Prize in Economic Sciences in 1997 for this work. Merton also made path-breaking contributions to the theory of portfolio selection and consumer behavior that have provided a starting point for voluminous economic research on financial markets.

Merton has applied his theoretical insights about securities markets in practical settings. He was a founding principal of Long Term Capital Management, and is currently the developer of SmartNest, a pension management system that addresses deficiencies associated with traditional defined-benefit and defined-contribution plans.

Merton presented the 2009 Muh Award lecture, titled "Observations on the Science of Finance in the Practice of Finance," on March 5 in the Wong Auditorium, to an overflow audience.

About the Muh Alumni Award
The Robert A. Muh Alumni Award was first announced in October 2000 at the 50th anniversary celebration of the School of Humanities, Arts, and Social Sciences. Muh '59, a life member of the MIT Corporation and past chair of the Humanities Visiting Committee, endowed the award to honor an MIT graduate who has made significant contributions to education, scholarship or performance, academic administration or arts management in the humanities, arts or social sciences. The award rotates among the three major areas in the School.

An interview with Merton appeared in Technology Review in April 2008. 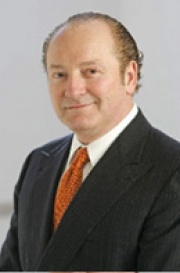