A New Vision for Human Spaceflight

A team led by MIT researchers released on Monday, Dec. 15, the most comprehensive independent review of the future of the nation's human spaceflight program undertaken in many years. The report recommends setting loftier goals for humans in space, focusing research more clearly toward those goals, and increasing cooperation with other nations and private industry.

After conducting preliminary briefings with various stakeholders in Washington, team members say it has been enthusiastically received by political leaders, a National Research Council panel, and the Obama transition team, among others.

"We need to rethink the rationales for human spaceflight," says the report's lead author David Mindell, professor of engineering systems and director of the program in Science, Technology and Society at MIT. He says that after the Washington briefings, "we sensed a great deal of uncertainty in DC about how to proceed with the Bush vision and human spaceflight in general. Our paper speaks to those problems in a clear way and offers some new ideas." 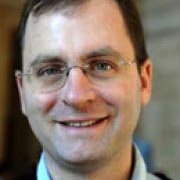