Nobles on Congress and the Politics of Apology

WASHINGTON — Lawmakers here are learning the hard way that trying to apologize for historic injustices isn’t as easy as saying “I’m sorry.”

The Senate found that out two weeks ago when it passed a resolution calling on the United States to apologize formally for more than three centuries of enslavement and segregation of African-Americans.

Senators thought they’d done the right thing. The feel-good moment was short-lived, however, after several members of the Congressional Black Caucus vowed to fight the measure when it reached the House of Representatives. They object because it contains a disclaimer saying that the resolution can’t be used to support legal claims against the U.S. by those seeking reparations, or cash compensation for the suffering endured by blacks.

So instead of an elaborate July 7 signing ceremony in the stately Capitol Rotunda with Senate and House leaders delivering an apology, lawmakers are struggling to find common ground that would soothe Black Caucus members while satisfying senators that the nation is sufficiently protected against lawsuits.

“Apologies are never easy,” said Melissa Nobles, a Massachusetts Institute of Technology political science professor and author of “The Politics of Official Apologies.” “These things are always hard-fought, never mind the political stuff, the implications of what they mean down the line, and who’s sponsoring the resolution.”

The Politics of Official Apologies 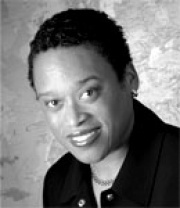