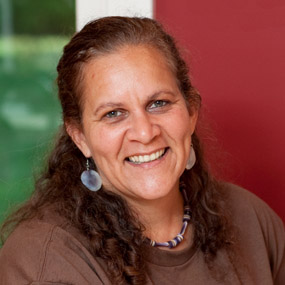 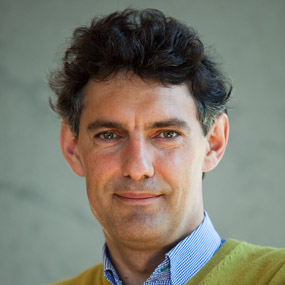 Two alumni of the MIT School of Humanities, Arts, and Social Sciences — linguist Jessie Little Doe Baird SM ’00, who is working to revitalize a long-silent Algonquin language, and economist Emmanuel Saez PhD ’99, who studies the relationship between income and tax policy — have been named 2010 MacArthur Fellows. The fellowships, awarded each year, and informally referred to as the MacArthur "genius" grants, carry a $500,000 purse that recipients may use as they see fit.

Baird is working to revive Wampanoag (or Wôpanâak), the Algonquian language of her ancestors that was once spoken by tens of thousands of people in New England but became extinct in the 19th century. She founded the Wôpanâak Language Reclamation Project in Mashpee, Mass., and each summer, leads a weeklong language-immersion camp where only the Algonquin dialect is spoken (her daughter is already fluent). She is developing educational materials including children’s books, and she and MIT Professor of Linguistics Norvin Richards are writing a dictionary, now up to about 10,000 words.

Research by Saez, an economics professor at the University of California, Berkeley, and director of its Center for Equitable Growth, focuses on wealth and income inequality, capital income taxation, and retirement. His recent honors include the American Economic Association’s John Bates Clark Medal, which is given annually to America’s most outstanding economist under 40.

When asked about the award for his fellow linguist, Norvin Richards, MIT Professor of Linguistics, said it was "hard to imagine a better person" to receive the grant.

"The world is currently in the middle of a massive wave of language extinction; some linguists estimate that 90 percent of the world's languages will vanish in the coming century," Richards said. "Against that backdrop, the success of the Wôpanâak Language Reclamation Project is a rare piece of good news. If Jessie succeeds, she will have shown that for languages, 'death' is not permanent; with enough dedication and hard work, as long as a language is sufficiently well documented, we can hope to bring it back to life."

Jessie Little Doe Baird came to MIT in 1996 to work with the late Ken Hale on reviving Wampanoag, the traditional language of her tribe (now spelled Wôpanâak in the spelling system that Baird and Hale invented for the language).

Wôpanâak, once widely spoken in eastern Massachusetts, has had no speakers in over a century, but is richly attested in texts, including a complete Bible translation which was the first Bible published in this hemisphere.  Ken Hale was one of the world's foremost scholars in the indigenous languages of the Americas, and the Wôpanâak are very fortunate that he was able to contribute so much to the project.  I joined the project in 1999 when I joined the faculty here; at that point, joining the project meant meeting regularly with Jessie and Ken in Ken's office, poring over 17th-century Wôpanâak texts to try to understand what they could teach us about the grammar and vocabulary of the language.

I am honored to still be part of the project today, working together with Jessie on a dictionary, a textbook, and a variety of other educational materials.  The project has also benefited from the work of graduate students in this department, including Benjamin Bruening, Andrea Rackowski, and Jessie's former student and fellow Wôpanâak tribal member Nitana Hicks, who received a Master's degree here in 2006.

Today, the project offers language classes at a variety of levels, staffed by Jessie and by her former language students, which culminate in a summer Immersion Camp at which only Wôpanâak is spoken.  Language classes are still primarily for adults, but children are beginning to acquire the language as
well, including Jessie's own daughter Mae Alice Baird, raised by Jessie and her husband Jason entirely in Wôpanâak.

The world is currently in the middle of a massive wave of language extinction; some linguists estimate that 90% of the world's languages will vanish in the coming century.  The indigenous languages of America are particularly hard hit; even formerly vigorous languages like Navajo are drastically shrinking, and there are probably no Native American languages with a completely secure future.

Against that backdrop, the success of the Wôpanâak Language Reclamation Project is a rare piece of good news.  If Jessie succeeds, she will have shown that for languages, 'death' is not permanent; with enough dedication and hard work, as long as a language is sufficiently well documented, we can hope to bring it back to life.