Bartusiak awarded Davis Prize by the History of Science Society

The Day We Found the Universe is a
beautifully written, informative book
on a critical topic in the history of science.

The best General Audience Book for 2010
The History of Science Society has awarded the Watson Davis and Helen Miles Davis Prize for the best general audience book to Marcia Bartusiak for The Day We Found the Universe (Pantheon).

A rich, crystal-clear narrative
In their statement about the book, the Davis Prize Committee (Edward Larson, Maria Portuondo, and chair Kenneth Manning) wrote, "The Day We Found the Universe is a beautifully written, informative book on a critical topic in the history of science. Through skillful, rigorous, and creative use of archival and other sources, including oral histories, the author has made sense out of disparate, sometimes fragmentary data; crafted a rich, complex, yet crystal-clear narrative; and depicted a seminal moment in history. It’s an exemplary choice for this prize.” 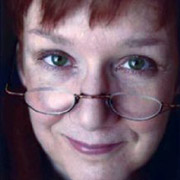 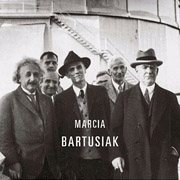 Review | San Francisco Chronicle
"The reader could not hope for a better guide...than Bartusiak [in The Day We Found the Universe.]  A science writer of rare gifts—which is saying something, in light of the phenomenally talented science, tech and nature writers working today—Bartusiak convey[s] the mind-bending complexity of the astronomers' task and the scope of the work while never losing sight of the human elements (fame, ego, pioneer spirit, competitive drive) that drive the pursuit."
Full review

About Bartusiak
Currently Adjunct Professor and Executive Director of the Graduate Program in Science Writing at MIT, Bartusiak has been covering the fields of astronomy and physics for three decades. She is the author of several notable books including Thursday's Universe, a layman's guide to the frontiers of astrophysics and cosmology; Through a Universe Darkly, a history of astronomers' centuries-long quest to discover the universe's composition; and Einstein's Unfinished Symphony, about the on-going attempt to detect gravity waves, the last experimental test of Einstein's theory of general relativity. All three were named notable science books by The New York Times.


History of Science Society
The History of Science Society is the world's largest society dedicated to understanding science, technology, medicine, and their interactions with society in historical context. Over 3,000 individual and institutional members across the world support the Society's mission to foster interest in the history of science and its social and cultural relations. 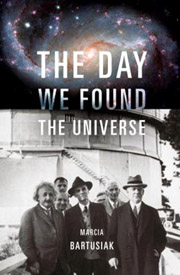