David Kaiser elected a Fellow of the American Physical Society 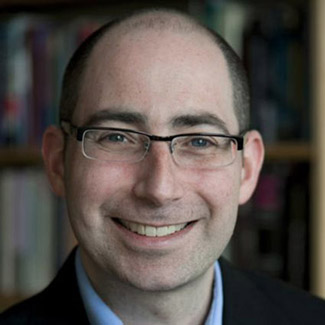 "For his outstanding publications that combine
technical mastery of twentieth-century physics
with a deep knowledge of recent developments
in the history, philosophy, and sociology of science."

A distinct honor
David Kaiser has been elected a Fellow of the American Physical Society (APS), following nomination by the APS's Forum on the History of Physics. The citation reads: "For his outstanding publications that combine technical mastery of twentieth-century physics with a deep knowledge of recent developments in the history, philosophy, and sociology of science."

APS describes the Fellowship as "a distinct honor given after extensive review by the Fellowship committee of the appropriate APS division, topical group or forum, and by the APS Fellowship Committee.

Kaiser is an Associate Professor in the Program in Science, Technology, and Society, and a Lecturer in the MIT Department of Physics. Upon learning of the APS award, he said, "MIT has a long list of Fellows of the APS and I am deeply honored to join their distinguished company."

Work of extraordinary depth and insight
Of Kaiser's election, Deborah Fitzgerald, Kenan Sahin Dean of the School of Humanities, Arts, and Social Sciences, writes, "This is a terrific honor and recognition of David's fine work in the history of physics and in science. That David is a both a historian of the social and institutional dimensions of physics, and also of physics itself, is a tremendous thing, which gives his work extraordinary depth and insight. We are very grateful that he calls MIT home." 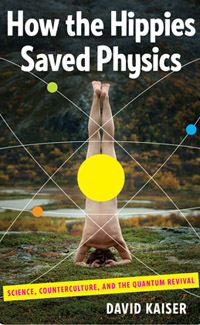 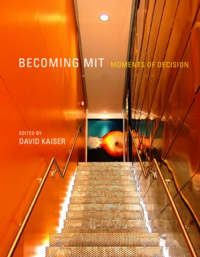 How the Hippies Saved Physics
W.W. Norton and Company, forthcoming June 2011
The story of a band of young scientists who departed from convention—and changed the face of modern physics. In the 1970s, amid cutbacks in physics funding, a small group of underemployed physicists in Berkeley dubbed themselves the "Fundamental Fysiks Group" and began to pursue a freewheeling, speculative approach to physics. They studied quantum theory alongside Eastern mysticism and psychic mind reading, discussing the latest developments while lounging in hot tubs. Their explorations altered the course of modern physics and led mainstream physicists to pay attention to the strange but exciting underpinnings of quantum theory. •

Becoming MIT: Moments of Decision
Edited by David Kaiser | MIT Press, 2010
The Massachusetts Institute of Technology marks the 150th anniversary of its founding in 2011. This book examines a series of turning points, crucial decisions that helped define the MIT we know today. Many of these issues continue to have relevance: the moral implications of defense contracts, the optimal balance between government funding and private investment, and the right combination of basic science, engineering, and humanistic scholarship in the curriculum. •