The Dawn of Green
Manchester, Thirlmere, and Modern Environmentalism
by Harriet Ritvo

The controversy in the 1870s over Thirlmere, a beautiful body of water in Britain’s Lake District, created a “template for subsequent environmental struggles,” writes Harriet Ritvo, the Arthur Conner Professor of History at MIT. Ritvo’s new book, The Dawn of Green, published in fall 2009 by the University of Chicago Press, explores this episode and its enduring influence on the way we frame environmental discussions and debates. The book has been receiving particular praise and attention in England, where it has been cited as both "scholarly" and "enthralling."

Times Higher Education
"It was in the spirit of the poet William Wordsworth that the Victorian cultural critic John Ruskin spoke out passionately against the Thirlmere scheme. Inspired by both, Canon H.D. Rawnsley took a leading role in the Thirlmere Defence Association. He found, in the end, that compromise was the only answer — coaxing concessions to the environment from the committee here and there — but it was his experience of this campaign that prompted him to go on to help found the National Trust in 1895. All this material is clearly and carefully narrated here, with the added interest of copious illustrations." •
Full Review 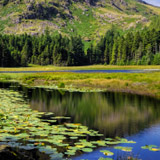 Debates, disputes, and even injustice lay just beneath the outward signs of vaunted Victorian technological progress. The ascendancy of the imperatives of industrialization and urbanization over all other considerations was not inevitable or automatic; there were moments when those imperatives were challenged and rival ones championed. There were all kinds of costs associated with new water supply and drainage systems celebrated then and now for blunting typhoid fever and routing cholera in Victorian cities. These are the important conclusions to draw from Professor Harriet Ritvo’s close study of a contest between Lake District devotees and Manchester’s local government in the 1870s....With its clear prose and argumentation, this book is suitable for undergraduate syllabi. (Indeed, it behooves her colleagues to emulate Professor Ritvo’s fine writing.) The book would be a valuable component of history of technology course or an urban history course. And sections of the book could serve a course on the history of environmentalism as an important chapter on the history of early landscape preservation.
Full review

The tension between development and conservation seems a perpetual feature in Cumbria. In The Dawn of Green, Professor Harriet Ritvo traces the origins of modern environmental activism to one of the first such conflicts world-wide, in Cumbria in the 1870s.

The need for water for Manchester was imperative and the supply from Thirlmere was technically and legally feasible. But the Thirlmere Defence Association invoked the wider national interest to oppose the scheme. One newspaper stated The lake country belongs in...the widest and best sense, not to a few owners of mountain pasture but to the people of England.

In this scholarly yet enthralling book, the battle takes place between Victorian titans such as Robert Somervell (of the ‘K shoes’ family), Canon Rawnsley and Octavia Hill (co-founders of the National Trust) versus Sir Joseph Heron (Manchester’s first town clerk), John Bateman (FRS and inspired engineer) and city politicians such as Alderman John Grave (born Cockermouth) and Edward Holt (who later built Blackwell).

In the world-wide context the book concludes that the opponents ‘never stood a chance’: not then, nor later at Haweswater in the 1930s. Here I must declare the strongest personal interest, as my father was an engineer on the Haweswater project, married a local lass and settled in the Lakes.

By Manchester’s third bite of the cherry, in 1962, the national interest was clearly established through the Lake District National Park. Lord Birkett did not mince his words to the House of Lords -both lovely lakes have been murdered - defeating the new waterworks bill for Ullswater and Bannisdale two days before he died. Today Manchester takes water from Ullswater but in a much more unobtrusive way. Even now, Haweswater and Thirlmere still have an abiding sense of loss, especially of the cultural landscape. Given the current proposals to extend the National Parks in Cumbria, The Dawn of Green is apposite and topical and a good read. 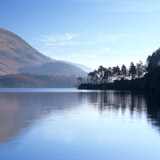 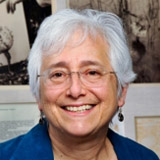 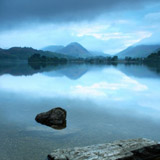 In the Author's Words
“We have massively more information about the environment than they did,” Ritvo says [of the 19th century Thirlmere lake defenders]. "We have a sense of ecology, the interconnection of things in nature, which was barely considered back then. Whereas the Thirlmere conservationists largely made their case in aesthetic terms, environmentalists can now detail the ecological or public-health effects of development, adding another layer to their arguments."