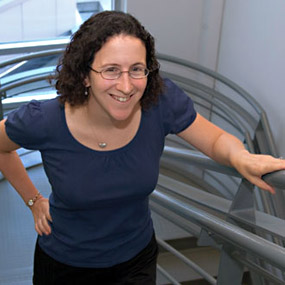 "This is a wonderful honor for Amy, recognizing
the tremendous role she is playing in the health insurance
and health care conversation taking place across the country.
I am delighted that President Obama has recognized
Amy's path-breaking research."

Highest US government honor for early career science and engineering professionals
On Friday, Nov. 5, President Barack Obama named Amy Finkelstein, Professor of Economics in the School of Humanities, Arts, and Social Sciences, and six other researchers from MIT as recipients of the Presidential Early Career Awards for Scientists and Engineers (PECASE), the highest honor bestowed by the U.S. government on science and engineering professionals in the early stages of their independent research careers.

Of her award, Finkelstein writes, "Needless to say I'm very honored by the award which—given that the vast majority of my academic training and professional life has been at MIT—I consider as much an award for the Institute as for myself."

Advancing critical national goals
Established in 1996, and coordinated by the Office of Science and Technology Policy, the awards honor and support scientists and engineers whose work shows promise in advancing the nation’s goals, tackling grand challenges, and contributing to the American economy. The award recipients receive research grants for up to five years to further their studies in support of critical government missions.

Impact on health insurance and health care policy
Commenting on the award to Professor Finkelstein, Dean Deborah Fitzgerald said, "This is a wonderful honor for Amy, recognizing the tremendous role she is playing in the health insurance and health care conversation taking place across the country. I am delighted that President Obama has recognized Amy's path-breaking research."

"Science and technology have long been at the core of America’s economic strength and global leadership," President Obama said in a statement. "I am confident that these individuals, who have shown such tremendous promise so early in their careers, will go on to make breakthroughs and discoveries that will continue to move our nation forward in the years ahead.”

Seven awardees from MIT
This year, a total of 85 individuals nationwide were honored by the White House, and MIT had the greatest number of recipients from a single institution. All seven MIT recipients are:

MIT World
Amy Finkelstein on Health Care reform in the US

Research Portfolio | School of Humanities, Arts, and Social Sciences
What is the cost of hidden taxes? 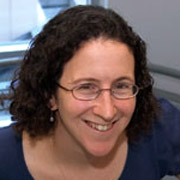 Dr. Finkelstein’s research is in the areas of public finance and health economics. Her two primary research interests are market failures and government intervention in insurance markets, and the impact of public policy on the health care sector.