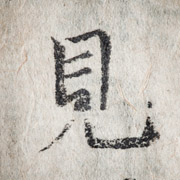 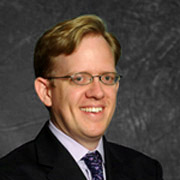 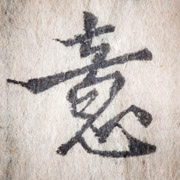 joint project of the National Bureau of Asian Research and the Woodrow Wilson International Center for Scholars, the new program.

The National Asia Research Program is a new research and conference program designed to reinvigorate and promote the policy-relevant study of Asia, particularly by highlighting the research of NARP Associates and Fellows, who will present their work at the inaugural Asia Policy Assembly in Washington, D.C., on June 17–18, 2010.

Outstanding scholars chosen
Thirty-nine outstanding scholars of Asia were chosen through a competitive, nationwide selection process based on their research into issues of importance to US interests in Asia. NARP will support the research of 27 Research Associates and 12 Research Fellows during their two-year terms and bring it to the attention of policymakers.

Bridging academic and policy communities
“Our goal in this new program is to highlight and reward scholars who have successfully bridged the gap between the academy and policy,” said NBR President and NARP co-director Richard Ellings. “America’s future security, prosperity, and well-being will be deeply linked with Asia’s future, and thus America needs some of its best and brightest to understand our interests in Asia—and the history, nations, peoples, and issues of Asia. In short the NARP is responding to the needs for information and assessment arising from the shift in locus in world power from the Atlantic to the Pacific.”

A new beginning
Robert Hathaway, Asia Program Director at the Wilson Center and co-director of the NARP, said “The selection of these top scholars from across the United States marks the beginning of a new national association for US experts who care about policy issues related to Asia. The enthusiastic response we’ve seen to the NARP is a good indication of the potential we have to achieve our goal of strengthening and reinvigorating the policy-relevant study of Asia.”

The heads of universities and research organizations in the United States were invited to nominate outstanding scholars from their faculty and staff for consideration as Research Associates and Fellows. More than 140 experts were considered during the selection process, which concluded last month and was followed by private notifications to all of the candidates.

About the sponsoring institutions
Founded in 1989 with a grant from the Henry M. Jackson Foundation, NBR is an independent, nonpartisan research institution committed to informing and strengthening policy in the Asia Pacific. The Woodrow Wilson International Center for Scholars is the national, living memorial honoring President Woodrow Wilson. Created by an Act of Congress in 1968, the Center is a nonpartisan institution that promotes policy-relevant research and dialogue.

Research Portfolio: Why is China building up its military? 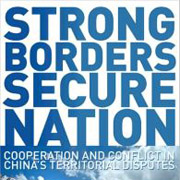 Above: left to right, the Chinese calligraphy characters are for "see" and "meaning."