A mutual dedication to the arts and discovery
This performance by the Handel and Haydn Society was presented as part of a major MIT 150th anniversary event: FAST, the Festival of Arts, Science, and Technology, which celebrates MIT's culture of creativity and invention. The Handel and Haydn Society, which was founded in 1815, was the only professional music group in Boston when MIT was established in 1861, and first performed Handel's Israel in Egypt in 1869, during MIT's infancy. With this performance during MIT's sesquicentennial year, the Institute and the Handel and Haydn Society join forces to celebrate their mutual dedication to the arts, education, and creative discovery.

Moderated by Ellen T. Harris, Class of 1949 Professor of Music, the conversation explored themes of liberation and freedom in the story of Exodus. Panelists:  Peter Temin, Elisha Gray II Professor of Economics, Emeritus, discussed the biblical and historical Exodus; Sandy Alexandre, Associate Professor of Literature, showed how the Exodus story has been used in modern America and the civil rights movement; Professor Harris placed Handel’s setting of the story in the political context of 1738 England, and, with Harry Christophers, Artistic Director of the Handel and Haydn Society, discussed the music.

About Israel in Egypt
Premiered in the United States by the Handel and Haydn Society in 1859 (and last performed by the Society in 1974), this monumental work depicts the biblical story of Exodus. It recounts in detail the ten plagues, and celebrates the extraordinary parting and crossing of the Red Sea.

Handel’s three-part oratorio bursts with dynamic choruses. In Part I, the Israelites in Egypt mourn the death of their leader Joseph. Part II is a tour de force depicting Moses leading the Israelites out of Egypt and the terrifying power of the plagues visited on the Egyptians. Part III sets “Moses’ Song” with sounds of celebration, deliverance and freedom, culminating in the chorus “The Lord shall reign for ever and ever."

Scored for seven soloists, double choruses and, for its time, an unusually large orchestra, Israel in Egypt is unlike any other of Handel’s oratorios in that it contains more choral movements than solo ones. Featuring only a handful of arias, the soloist takes second place. The large orchestration, creates a richly-textured and distinctive sound found in few other baroque works.

Handel relishes the opportunity for word painting, illustrating frogs, flies, lice, locusts, hailstones, and in the most imaginative chorus of all, darkness ("He Sent a Thick Darkness Over all the Land"), explains Artistic Director Harry Christophers. “I guarantee you will find its strange tonality baffling to the ears even today!”

Because of Handel’s unparalleled skill of storytelling through music, this dynamic tour de force—featuring songs of celebration, deliverance, and freedom—speaks to audiences today as powerfully as in the composer’s own time.

By the second act, Christophers adds, “The choruses overflow with extensive word painting culminating in the superb chorus 'The Lord Shall Reign Forever and Ever.' It is an experience of tremendous drama." 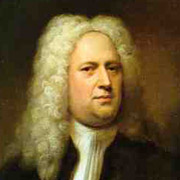 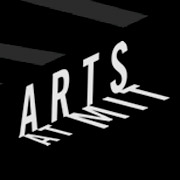 Listen to a clip of Handel's Israel in Egypt

About FAST | Festival of Arts, Science, and Technology