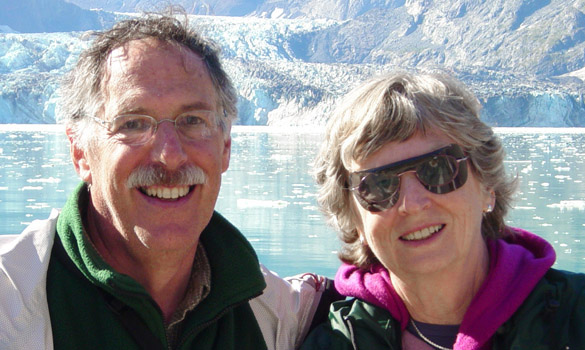 About Peter Diamond
Institute Professor Peter Diamond has made fundamental scholarly contributions in both micro- and macro-economics. His research has focused on the role of the public sector in modern market economics, with particular emphasis on the design of tax systems, the economic effects of national debt, and the role of social insurance programs in affecting consumer welfare.  He has played a vital role in advancing applied economic theory in the last half century.  He has also been active in public policy discussions, particularly about Social Security.

Diamond received his B.A. in Mathematics from Yale in 1960, his Ph.D. in Economics from MIT in 1963, and was a faculty member at the University of California - Berkeley for three years before joining the MIT faculty in 1966.  Diamond was named the Paul Samuelson Professor of Economics at MIT in 1992, and appointed an Institute Professor in 1997. He received MIT's Killian Award in 2003. Diamond is a past president of both the American Economic Association and the Econometric Society, and a member of the U.S. National Academy of Sciences.  He has received numerous professional awards, including the Robert Ball Award from the National Academy of Social Insurance (2008), the Nemmers Prize from Northwestern University (1994), and the Mahalanobis Memorial Award from the Indian Econometric Society (1980).

Lutoslawski, Variations on a Theme of Paganini for Two Pianos 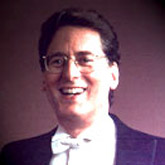 Pianist Robert Levin has performed throughout the United States, Europe, Australia and in Asia, appearing with the orchestras of Atlanta, Berlin, Birmingham, Boston, Chicago, Cleveland, Detroit, Los Angeles, Montreal, Utah and Vienna on the Steinway and with the Academy of Ancient Music, the English Baroque Soloists, the Handel & Haydn Society, the London Classical Players, the Orchestra of the Age of Enlightenment and the Orchestre Révolutionnaire et Romantique on period pianos. Renowned for his improvised cadenzas in Classical period repertoire, Robert Levin has made recordings of a wide range of repertoire for Deutsche Harmonia Mundi, DG Archiv, Decca/London, ECM, Hänssler, New York Philomusica, Philips, and SONY Classical.

Robert Levin appears frequently with his wife, pianist Ya-Fei Chuang, in duo recitals and with orchestra, and with violist Kim Kashkashian. A noted Mozart scholar, Mr. Levin's completions of Mozart's Requiem, C-minor Mass and other unfinished works have been recorded and performed throughout the world. After more than a quarter century as an artist teacher at the Sarasota Music Festival he was made Associate Artistic Director in 2004 and succeeded Paul Wolfe as Artistic Director in 2007. A member of the American Academy of Arts and Sciences and the Akademie für Mozartforschung, he is President of the International Johann Sebastian Bach Competition (Leipzig, Germany).

In addition to his performing activities, Robert Levin is a noted theorist and Mozart scholar, and is the author of a number of articles and essays on Mozart. A member of the Akademie für Mozartforschung, his completions of Mozart fragments are published by Bärenreiter, Breitkopf & Härtel, Carus, Peters, and Wiener Urtext Edition, and have been recorded and performed throughout the world. Levin’s cadenzas to the Mozart violin concertos have been recorded by Gidon Kremer with Nikolaus Harnoncourt and the Vienna Philharmonic for Deutsche Grammophon and published by Universal-Edition. Henle has issued his cadenzas to the flute, flute and harp, oboe, horn and bassoon concertos and to the Beethoven violin concerto. His reconstruction of the Symphonie concertante in E-flat major for four winds and orchestra, K.297B, was premièred by the Vienna Philharmonic Orchestra at the Mozartwoche in Salzburg, and has subsequently been performed worldwide. The first of the many recordings of the work, by Philips, won the 1985 Grand Prix International du Disque.

In August 1991 Robert Levin’s completion of the Mozart Requiem was premièred by Helmuth Rilling at the European Music Festival in Stuttgart, Germany, to a standing ovation. His completion of the Mozart Mass in C minor, K. 427, commissioned by Carnegie Hall, was premiered by Rilling in New York in January 2005 and in Europe two months later. Both works have been performed worldwide and are published by Carus-Verlag. 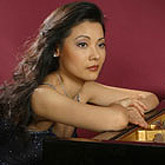 Ya-Fei Chuang earned an artist diploma with honors at Musikhochschule Freiburg (Germany) under the instruction of Robert Levin. Chuang also completed a soloist exam (final performance degree) at Musikhochschule Cologne with Pavel Gililov and a graduate diploma at the New England Conservatory with Russell Sherman. She has performed at the Spectrum Concerts (Berlin) and the Boston Celebrity Series, and at major festivals including the Gilmore, Ravinia, Sarasota, Oregon, Tanglewood, Beethoven Festival with Christoph Eschenbach, European Music Festival (Stuttgart), Schleswig-Holstein, Bach (Leipzig) and Ruhr Festival (Germany).

She has also performed in venues such as Boston's Symphony Hall, Jordan Hall, Ozawa Hall, Cologne and Berlin Philharmonien, Schauspielhaus Berlin, Gewandhaus Leipzig and National Philharmonic Hall Warsaw. Chuang has partnered with Kim Kashkashian, Robert Levin and Steven Isserlis for duo performances, and has played chamber music with members of the Berlin Philharmonic, Philadelphia Orchestra and Boston Symphony Orchestra. Chuang recently performed with the Handel and Haydn Society, City of Birmingham Symphony Orchestra and in South America and Asia. A CD of her solo work was released worldwide with the July 2007 issue of FonoForum Magazine. Four recordings of additional work will soon be released. 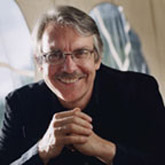 About John Harbison
Composer John Harbison is among America's most distinguished artists. The recipient of numerous awards and honors (including the prestigious MacArthur Foundation's "genius" award and the Pulitzer Prize), Harbison has composed music for most of America's premiere musical institutions, including the Metropolitan Opera (The Great Gatsby, 1999), the Chicago Symphony, Boston Symphony, New York Philharmonic, and the Chamber Music Society of Lincoln Center. His works include four string quartets, five symphonies, a ballet, three operas, a cantata, and numerous chamber and choral works, more than ninety of which have been recorded on leading labels such as Harmonia Mundi, New World, Deutsche Grammophon, Albany, Centaur, and Naxos.

Mr. Harbison has been composer-in-residence with the Pittsburgh Symphony, the Los Angeles Philharmonic, the American Academy in Rome, and numerous festivals, including Tanglewood, Marlboro, and Aspen. He received degrees from Harvard and Princeton before joining the Massachusetts Institute of Technology, where he is currently Institute Professor, the highest academic distinction offered resident faculty. He is Acting Artistic Director of Emmanuel Music (Boston), co-Artistic Director of the Token Creek Chamber Music Festival, and has just completed a thirteen-year term as President of the Copland Fund.  Harbison’s music is published exclusively by Associated Music Publishers.  A complete works list can be found at www.schirmer.com. 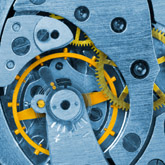 Diamond Watch was fun to write, a piece for an occasion I envisioned as enjoyable, with cherished performers, attentive listeners, and a location I’ve grown to love even for its acoustics, Kresge Auditorium at MIT.

The dedicatee, Peter Diamond, is one of the world’s sovereign economists, but his other interests include baseball.  I got to thinking about the various intersections between games, statistics, musical shapes, rules, frames, and predictions, and began imagining a series of variations.

In my favorite kind of variation the “theme” itself is not overtly stated.  This is the idea of the baroque passacaglias: the bass and its harmony are the real source. Bach’s Goldberg Variations and his solo violin Chaconne proceed this way, as does Corelli’s La Folia.

I have previously written shadow-theme variations on a large scale, for violin, clarinet and piano, and quite brief, in my second piano sonata (for Robert Levin). This one is somewhere between those in duration, about twelve minutes.  The movement titles offer a heavy hint as to the origin of the ground.

One amusing aspect of the piece more available to the performers than the listeners is the graphic representation of diamonds in the variation called “Diamond daze.”  I think of it as an analogy to the representation of the dedicatees as part of the composition in Renaissance paintings and, as such, an acknowledgement of Kate Diamond’s keen participation in the conception of this project (Kate was for many years a Curatorial Associate at the Museum of Fine Arts, Boston).

Diamond Watch was commissioned by Priscilla (Kate) Myrick Diamond as a birthday present for Peter Diamond, and in honor of his retirement from the Massachusetts Institute of Technology, for a first performance by Robert Levin and Ya-Fei Chuang at Kresge Auditorium on April 30, 2010.

10.  Swinging for the fences 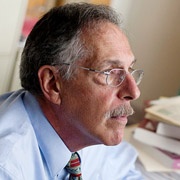