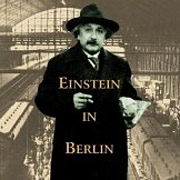 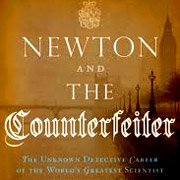 Levenson, who values MIT life for access to leading research
in both the sciences and the humanities, says, “If you want to
understand how stories are being told—across space, time,
generations, languages—all these things are happening here."

There is always a story
“There is no such thing as a naked fact,” says Professor Thomas Levenson, newly appointed Head of MIT’s Program in Writing and Humanistic Studies (WHS). “There’s always a story.”

The WHS program—located in the School of Humanities, Arts, and Social Sciences—helps MIT students learn to communicate important stories regardless of the subject, from reporting on carbon nanotubes, essays on the experience AIDS, to worlds constructed wholly from the writer’s imagination.

“The writing program is lucky to work with students across all the MIT disciplines,” Levenson says. “Students come to us because we help them develop distinctive ways to think and communicate, whatever their discipline.”

Nationally acclaimed
”Tom’s extensive experience in documentary film-making and writing about science in both historical and contemporary contexts makes him a natural leader for this terrific program.," said Dean Deborah Fitzgerlad.  "His boundless energy, imagination, and productivity inspire us all, and remind us of the deep connections between the many different forms of “story-telling.”

Nationally acclaimed as a science journalist, author, and documentary filmmaker, Levenson says he was drawn to MIT because of WHS’s stellar science writing program—and its home in the heart of a major research institution.

Impressive research in the humanities at MIT
“Being at MIT means I am at the mother lode of ideas,” says Levenson, who joined the faculty in 2005. “What a wonderful place to be!”

He enjoys working at MIT not only for the access to cutting-edge research in both the sciences and the humanities. “If you want to understand how stories are being told—across space, time, generations, languages—all these things are happening here,” he says.

Increasing the public understanding of science and technology
Levenson notes that WHS has impressive faculty in creative writing, digital media, and in the Graduate Program in Science Writing, which Levenson headed from 2008 until he took on the WHS appointment on July 1.

Reflecting on the Science Writing program, Levenson says, “I think it’s the strongest science writing group in the country, and the mission is to train as many people as possible in the challenging work of advancing the public understanding of science and technology. 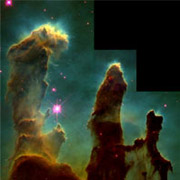 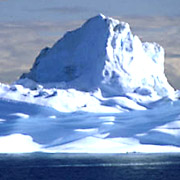 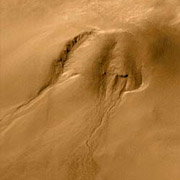 Interdisciplinary at the core
WHS also oversees the Writing Across the Curriculum Group, which helps faculty members integrate writing instruction into their classes, and the Writing and Communication Center, which offers free writing help to anyone in the MIT community. In all its endeavors, the mission of WHS is to teach the techniques, forms, and traditions of contemporary writing, media, and communication—from science writing to novels to documentary films.

Working across units and disciplines is already a core mission of WHS, and Levenson thinks yet more connections are possible. “We’re all concerned with how do you use the power of digital media [and] I think there’s an enormous interest in the future of documentaries, nonfiction craft, and art ... also the future of the book,” he says. “I’d like to see the section working on questions like these, with colleagues and students from all over the Institute.”

Acclaimed books and films
Levenson has authored four books—Newton and the Counterfeiter; Einstein in Berlin; Measure for Measure: A Musical History of Science; and Ice Time: Climate, Science, and Life on Earth—as well as countless articles, and has produced several acclaimed documentary films, including Origins: Back to the Beginning, for NOVA, which won the National Academies Science Communications Award.

When he began his writing career, Levenson didn’t yet know he would be so engaged with science. That “aha moment” came when, just out of college and working for Reuters in the Philippines, he was covering an international conference on coral reef biology.

He was fascinated to learn that while the Philippines had rigorous environmental laws on the books designed to protect its coral reefs—to the point of imposing the death penalty on those caught dynamite fishing on the reefs—the hard data showed ongoing loss of reef habitat. The gap between law and daily life showed up in all kinds of places, like the newly built regional airport terminal lined with coral tile.

The power of stories
“I went overseas to be a political journalist but found it was interesting to compare what people said they were doing with what they were actually doing,” he says.

Ever since, Levenson has been following facts and the stories they tell. “Telling each other stories is one of the best things we do as humans,” he says.  •

Commentary and Reviews | Newton and the Counterfeiter

Newton and the Counterfeiter: The Unknown Detective Career of the World's Greatest Scientist

Video: Levenson on Newton and the Counterfeiter