NYT calls Ziporyn and Bang On A Can "exhilarating" 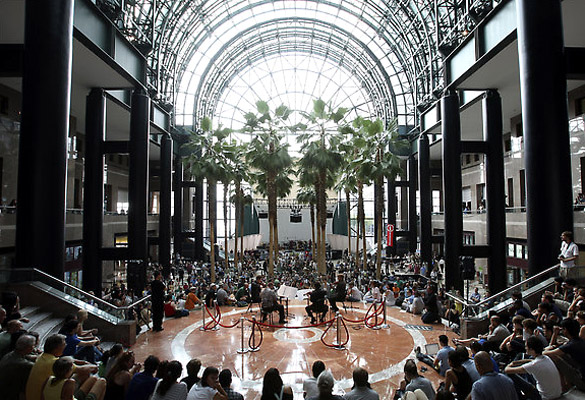 "Bang on a Can has mounted these prodigious events in one form or another since 1987. I’m certain, though, that this latest marathon was the first to make me notice how artful the sequencing actually was. The programmatic rationale was referred to by the composer and clarinetist Evan Ziporyn just before a midafternoon performance by his Gamelan Galak Tika: 'things that I love, taking place at the same time.' Mr. Ziporyn was referring specifically to his own contribution, 'Tire Fire,'a flamboyant fusion of Balinese gamelan and rock guitars into something new, personal and exhilarating. But his observation applied equally to the whole affair."

About
Ziporyn is a founding member of the Bang on a Can All-Stars, a group that is part classical, part rock, part jazz. It originally began as a new music festival in New York City in 1987. Since, it has become a bold institution of festivals, concerts, publishing, recording, teaching, and touring. A clarinetist for the six-member group, Ziporyn says he believes deeply in their music. “I feel like I’m working at my peak, that I don’t have to hold anything back creatively or musically, and it’s very fulfilling.”  — MIT Spectrvm

Bang on a Can 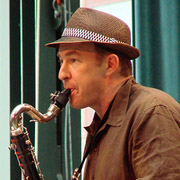 Photographer Hiroko Masuike, of The New York Times, is the recipient of the 2010 Best in Show Award from the New York Press Photographers Association.