Time Magazine interviews Ricardo Caballero:
What was the role of other countries in America's financial crisis?

"Blame China, Saudi Arabia and, yes, Canada. Much of the fault of the financial crisis has been heaped on Wall Streeters, unscrupulous mortgage lenders and weak regulators. But in a new research paper, economist Ricardo Caballero says there is another major group of contributors to America's monetary mess who are not getting the blame they deserve: foreigners.

"There is no doubt that the pressure on the U.S. financial system [that led to the financial crisis] came from abroad," says Caballero, who is the head of MIT's economics department. "Foreign investors created a demand for assets that was difficult for the U.S. financial sector to produce. All they wanted were safe assets, and [their ensuing purchases] made the U.S. unsafe."

Caballero, who is from Chile, is not absolving American bankers and regulators. But he says investigators and lawmakers who are looking into the financial crisis are spending too much time grilling Wall Streeters and not enough time looking into the global imbalances that are largely to blame. "What worries me is Congress trying to create new regulations, but not asking where the pressure was coming from to create these products," says Caballero. "In terms of formulating a solution, just looking at the U.S. financial system is not the answer." 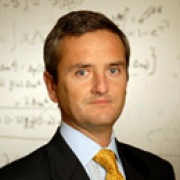