The impact of emerging technology and communications

For more than 30 years, the MIT Communications Forum has played a unique role at the Institute and beyond as a locus for sustained exploration of the cultural, political, economic and technological impact of communications, with special emphasis on emerging technologies.

Translating specialized or technical perspectives into a discourse accessible to non-specialists has been a hallmark of the Forum; the scholars, engineers, journalists, media producers, scientists, political figures and executives who participate in the Forum all accept a responsibility to speak in language that can be understood by literate citizens and professionals in many fields.

The 2011 Forum series continues the exploration this fall with three in-depth panels: Local News in the Digital Age; Surveillance and Citizenship; and Cities and the Future of Entertainment. 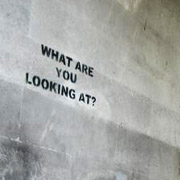 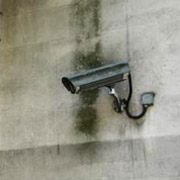 Digital technologies have expanded the power of government and corporations to keep tabs on citizens, and of citizens to expose the activities of governments and companies. The forum examines how the persistence and ubiquity of surveillance affect what it means to be a citizen: In what ways are the new forms of citizen surveillance and public witness instruments of democracy? In what ways are they the tools for propaganda? 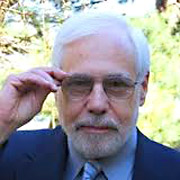 David Thorburn is Professor of Literature and Director of the MIT Communications Forum. His most recent books are the co-edited anthologies Democracy and New Media and Rethinking Media Change, the launch volumes in the MIT Press series "Media in Transition" of which he was editor in chief. His series of DVD lectures on “Masterworks of Early 20th-Century Fiction,” is available from The Teaching Company. Other writings include Conrad's Romanticism and many essays and reviews on literature and media in such publications as Partisan Review, Commentary, The New York Times, and The American Prospect as well as scholarly journals.

Prof. Thorburn is also a poet, whose work has appeared in The Atlantic Monthly, Threepenny Review, Slate and other magazines. His essays on television and his course, "American Television: A Cultural History," were among the first in the country to examine the medium in a humanistic context. He has also edited collections of essays on romanticism and on John Updike as well as a widely used anthology of fiction, Initiation. Prof. Thorburn was the founder and for twelve years the Director of the MIT Film and Media Studies Program, the ancestor of the Comparative Media Studies Program.

In 2002, Prof. Thorburn was named a MacVicar Faculty Fellow, MIT's highest teaching award. He received his A.B. degree from Princeton, his M.A. and Ph.D. from Stanford, and taught in the English Department at Yale for ten years before joining the MIT faculty in 1976.