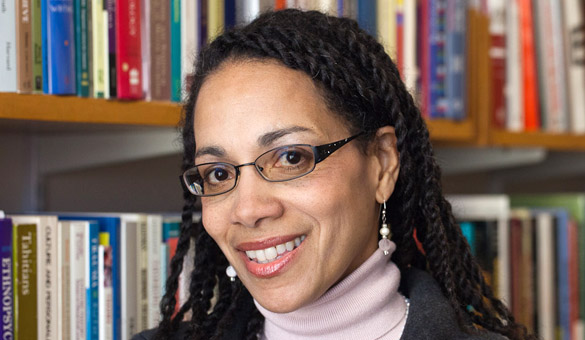 "She is a consummate anthropologist."

Deborah K. Fitzgerald, Kenan Sahin Dean of the School of Humanities, Arts, and Social Sciences, has announced that Erica James, Associate Professor of Anthropology, has received the James A. ('45) and Ruth Levitan Prize in the Humanities. The $25,000 prize is awarded annually as a research fund to support innovative and creative scholarship in the humanities.

A fearless and creative ethnographer

In her first book, Democratic Insecurities: Violence, Trauma, and Intervention in Haiti (University of California Press, 2010), James studied the psychosocial experience of torture survivors in Haiti, examining the role of humanitarian and development in aid in rehabilitating victims. She is currently completing her second manuscript Charity, Security, and Disparities: Haitian Quests for Asylum, which documents the "biopolitics of charity" as Haitian refugees in the U.S. turn to faith-based organizations for assistance.

The Levitan Prize will support research for her third book Governing Gifts: Law, Risk, and the “War on Terror”, which explores the effect of anti-terrorism security measures on charitable giving, particularly among Muslim-Americans.

Commenting on James’s scholarship, Dean Fitzgerald said, "Erica has gained a reputation as a fearless and creative ethnographer, someone who can address social and economic disparities with clarity and grace. Her Levitan project on Muslim charities in the United States continues this tradition of shining a light on little-understood social phenomena. I am sure it will make an extraordinary study.”

“Her research agenda is a model of how a scholar develops over time,” added Susan Silbey, Head of Anthropology. "Her current work on the politics of charitable giving is an imaginative and important project. As always with Erica’s work, she’s conducted meticulous field work in which she immerses herself in the lives of people she studies while locating the situation in a historical perspective. She’s a consummate anthropologist.”

"Erica has gained a reputation as a fearless and creative ethnographer,
someone who can address social and economic disparities with clarity
and grace. Her Levitan project on Muslim charities in the U.S. continues
this tradition of shining a light on little-understood social phenomena."

Exploring the politics of charity

As a medical anthropologist, James’s specialty is studying illness across cultures, and specifically mental illness or emotional distress. To document the effects of humanitarian aid on Haitian torture survivors, James conducted field work in Haiti for over two years during 1996-2000, following victims as they received services from three different organizations: a state psychiatric hospital, a woman’s clinic in a shanty town, and the Human Rights Fund, an organization funded by USAID.

For her second project, she has done field work in Massachusetts, following Haitian refugees for six years now as they receive assistance in the U.S. Her project shifted when she was invited to join the board of a Catholic organization, leading her to ask questions about the separation of church and state.

“The second book examines what role religious institutions such as Catholic charities play in supporting immigrants and refugees—and specifically Haitian immigrants and refugees,” says James. “I began by asking ‘what are the politics of aid or the politics of charity that evolve around the legal status of beneficiaries? What role do these faith-based social service institutions play to both aid and manage—and in some ways you can even say contain—populations that are somehow considered marginal?’”

While researching the experience of Haitians in the U.S., James discovered cases in which Haitians had been accused of participating in activities that provided material support to so-called terror groups, inspiring her to continue research on this topic for her third project. Since 2001, there has been a heightened scrutiny on Muslim charity activity in the U.S. as federal surveillance seeks to eliminate financial networks implicated in sustaining terrorism.

After conducting field work with Muslim-American organizations in 2009, James is currently examining the negative effects these measures have had on both the donors and recipients of aid. “My concern is that philanthropy will increasingly be bound by various restrictions, but also by fear,” says James. “The fear may be that one’s good intentions may somehow be interpreted at a later date to have a malevolent intent. I’m concerned not just for individuals but for foundations and universities. What kinds of cultural practices will evolve around ensuring that one’s charitable transactions are above board or don’t engage in the so-called ‘material support’ phenomenon?”

Impact on the freedom of speech and religion

For a Muslim, charitable giving, or zakat, is an obligation, a practice that President Obama expressed support for in his June 2009 address in Cairo. Despite the government’s expressed support, says James, there are still limitations on charitable giving, as she discovered when she spent time working within a Muslim-American community this past year.

“I’m wondering if there will be an inhibitory effect on the practice of religion and freedom of religion. Is this type of chilling activity somehow unconstitutional?” asks James. “I’m interested in exploring how legal scholars think about money. Is money really speech? If money is speech, isn’t giving also a form of speech? If so, is this an inhibition on a form of speech?”

The next phase of James's research will add an international component, exploring transactions from Middle Eastern and Arabic countries to the U.S.

About the Levitan Prize in the Humanities
The prize was established through a gift from the late James A. Levitan, a 1945 MIT graduate in chemistry, who was also a member of the MIT Corporation and of counsel at the law firm of Skadden, Arps, Slate, Meagher and Flom of New York City. The prize, first awarded in 1990, supports innovative and creative scholarship in the humanities by faculty members in MIT's School of Humanities, Arts, and Social Sciences. For application information visit Resources. 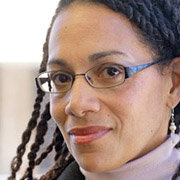 The Levitan Prize in the Humanities