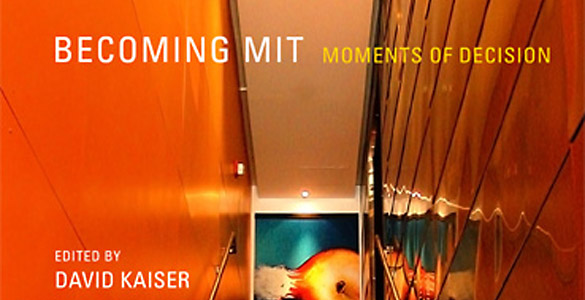 MIT150 and MIT Press have partnered to bring out two books for MIT's sesquicentennial year, both authored by members of the School of Humanities, Arts, and Social Sciences.

David Kaiser, associate professor in the Program in Science, Technology and Society, is the editor of Becoming MIT: Moments of Decision. Philip Alexander, research associate in the Program in Writing and Humanistic Studies, is the author of A Widening Sphere: Evolving Cultures at MIT.

How did MIT become MIT? Over the years, MIT has lived by its motto, Mens et manus ("Mind and hand"), dedicating itself to the pursuit of knowledge and its application to real-world problems. MIT has produced leading scholars in fields ranging from aeronautics to economics to history, invented entire academic disciplines, and transformed ideas into market-ready devices. This book examines a series of turning points, crucial decisions that helped define MIT. Many of these issues have relevance today: the moral implications of defense contracts; the optimal balance between government funding and private investment; and the right combination of basic science, engineering, and humanistic scholarship in the curriculum.

The book describes the educational vision and fund-raising acumen of founder William Barton Rogers; MIT's relationship with Harvard; the battle between pure science and industrial sponsorship; MIT's expansion during World War II due to defense work; the conflict between Cold War gadgetry and the humanities; protests over defense contracts at the height of the Vietnam War; the uproar in the local community over the perceived riskiness of recombinant DNA research; and the measures taken to reverse years of institutionalized discrimination against women scientists.

About the editor
David Kaiser is associate professor in the Program in Science, Technology, and Society and a lecturer in the Department of Physics at MIT. He is the author of Drawing Theories Apart: The Dispersion of the Feynman Diagrams in Postwar Physics, and editor of Pedagogy and the Practice of Science: Historical and Contemporary Perspectives. 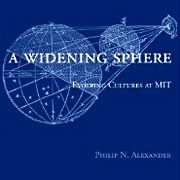 MIT was founded in 1861 as a polytechnic institute in Boston's Back Bay; the early MIT trained men (and a few women) from all parts of society as engineers for the nation's burgeoning industries. Over the years, MIT expanded its mission and ventured into other fields—pure science, social science, arts, and the humanities.

In A Widening Sphere, Philip Alexander traces MIT's evolution from polytechnic to major research institution through the lives of its first nine presidents, exploring how the ideas, outlook, approach, and personality of each shaped the school’s intellectual and social cultures. Through these interlocking yet independent portraits, Alexander reveals the inner workings of a complex and dynamic community of innovators.

About the Author
Philip N. Alexander is a Research Associate in the Program in Writing and Humanistic Studies at MIT.