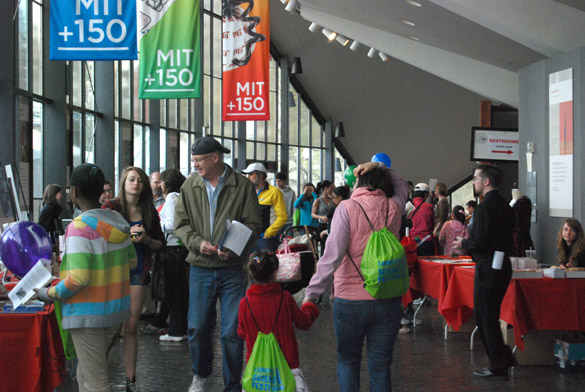 Discovery, Music, and Great Ideas
For MIT's Open House on April 30, 2011, all the School's disciplines and programs gathered in one central location to present idea stations on leading research, musical concerts, games, videos, demonstrations, book raffles and book signings, readings, tours, talks, and a tent next to Kresge with café-style seating for snacks and visiting. A great scene! 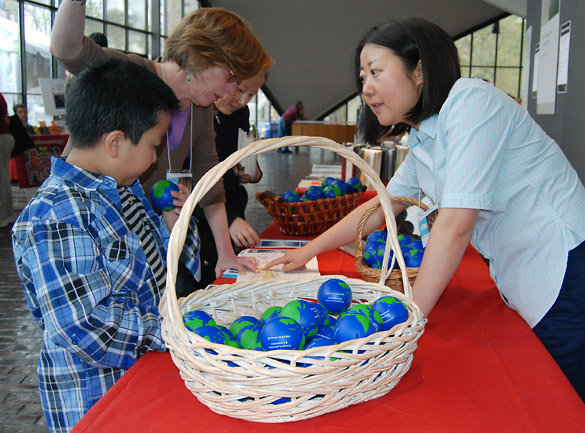 Foreign Languages and Literatures
Miniature globes, representing the School's central role in international education at MIT, were a popular hand-out at the FL&L Idea Station. 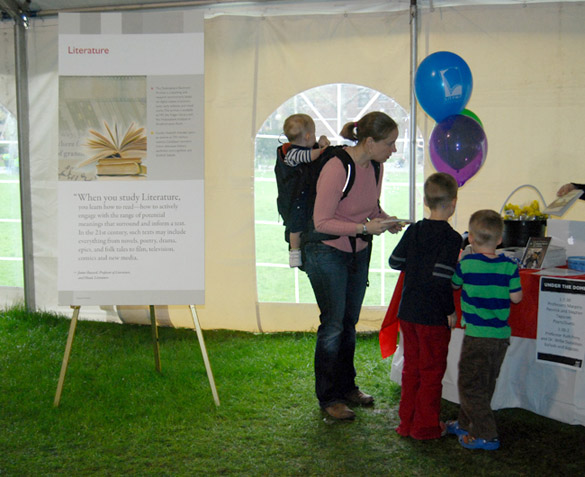 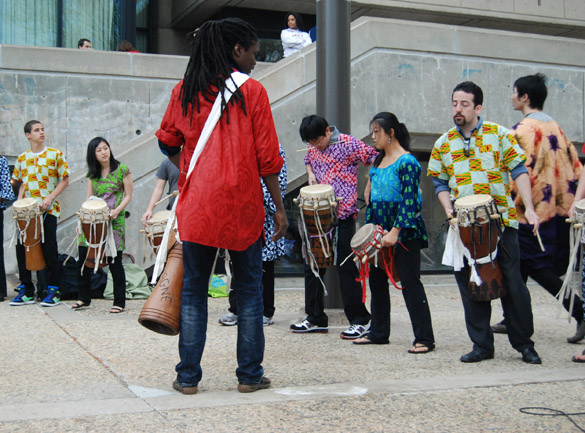 Music
The Rambax drumming ensemble, led by director-in-residence Lamine Touré, gave one of the ten concerts presented the School of Humanities, Arts, and Social Sciences during MIT's Open House. 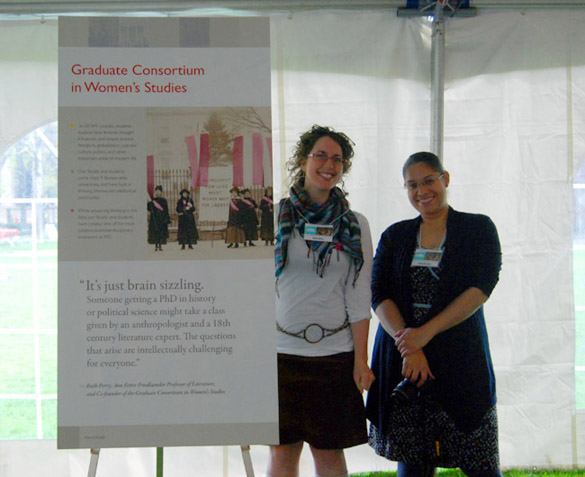 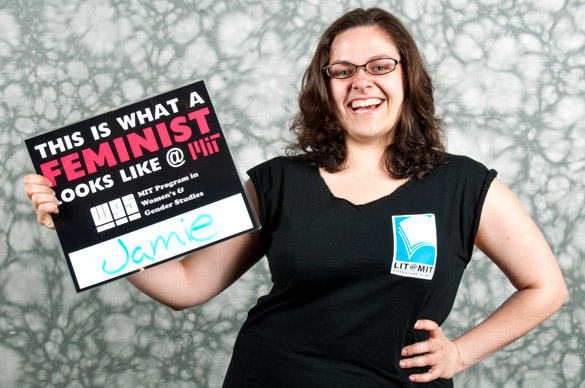 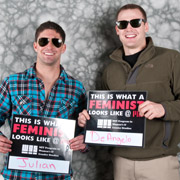 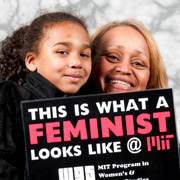 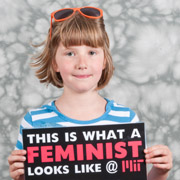 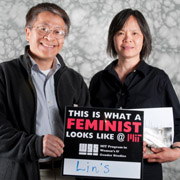 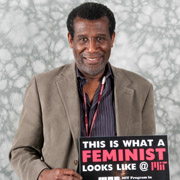 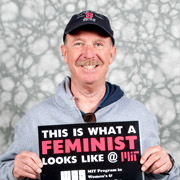 Photobooth | 150th Anniversary Project
The Women's and Gender Studies Program set up a professional photobooth where several hundred people (among them MIT President Dr. Susan Hockfield), had their pictures taken as part of a 150th Anniversary project called This is What a Feminist Looks Like at MIT.
Complete collection 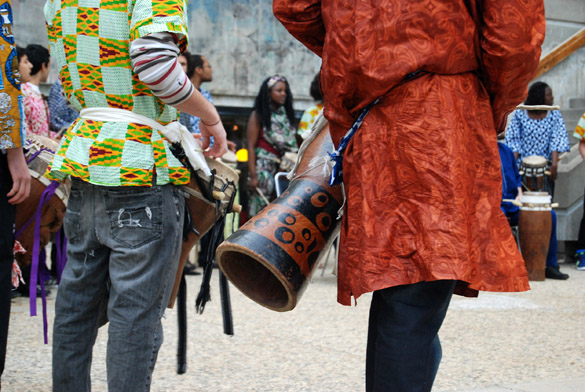 Music
Rambax drumming ensemble members with traditional Senegalese sabar drums, in one of the musical performances presented throughout the day by the School of Humanities, Arts, and Social Sciences. 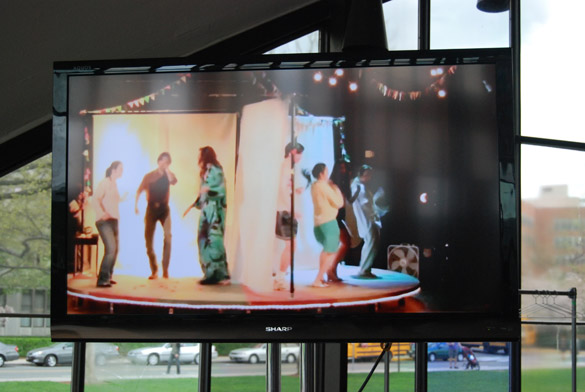 Video
For the occasion of the Open House, the School produced a video about the diverse disciplines that make up the School of Humanities, Arts, and Social Sciences, with an introduction by Dean Deborah Fitzgerald. This image from the video shows a scene from a recent Music and Theater Arts production. 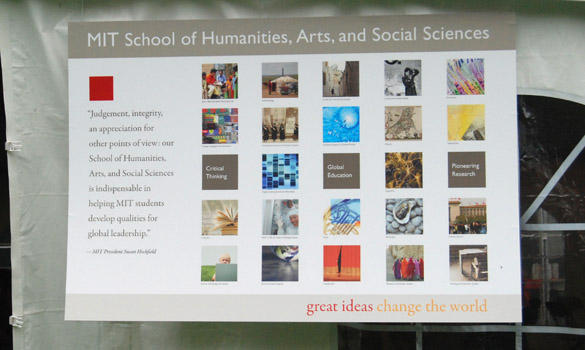 Courtyard Tent with Café Seating
In addition to the activities in Kresge Lobby, the School set up a photo booth, videos, book raffles, a stage and café tables under a tent on the courtyard. 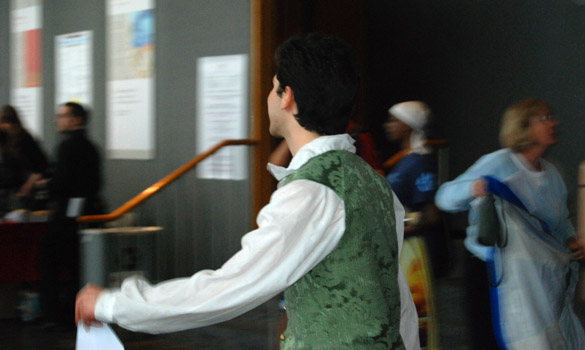 Theater
A member of a production takes a stroll through Kresge in his costume. Nice vest! 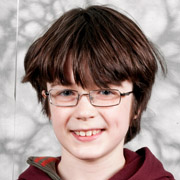 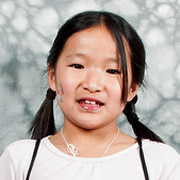 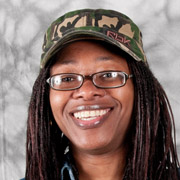 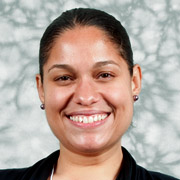 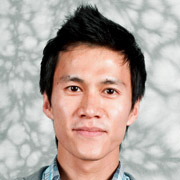 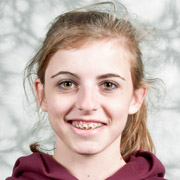 Thanks to all our visitors
and to everyone in the School community who helped create our Open House events.